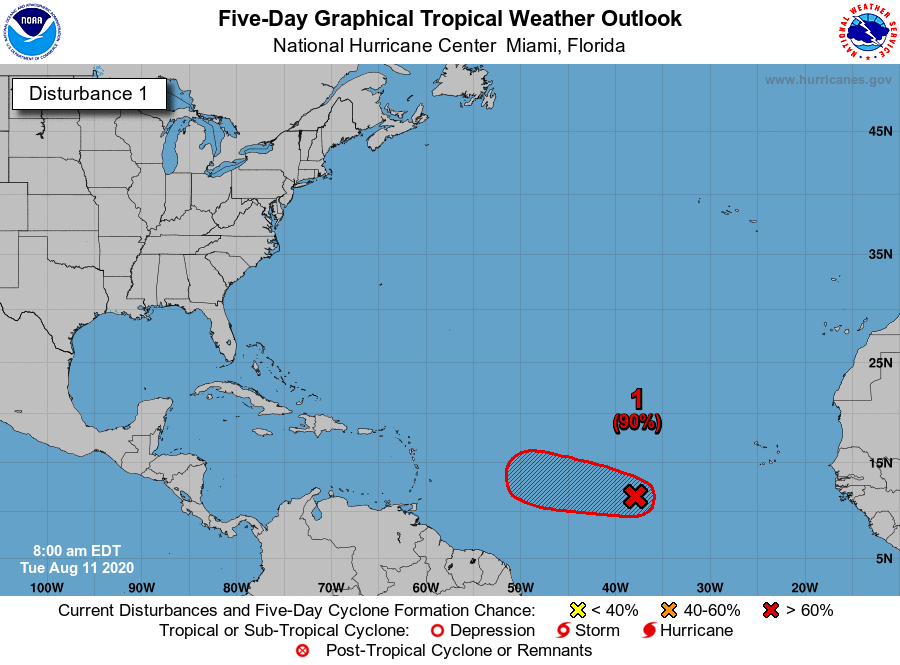 A tropical wave about midway between West Africa and the Lesser Antilles is likely to develop into a tropical depression later tonight or tomorrow, according to the National Hurricane Center.

Meteorologist Megan Borowski says the system could strengthen over the next two days, but thereafter might enter a more hostile environment.

“The environment directly surrounding the system should help it to organize better over the next few days. But by the end of the week, it will likely have traveled into an area of dry air and increasing wind shear – both of which serve to weaken a tropical system.”

Borowski says that as of right now, the system poses no immediate threat to the United States, and there are no other potential developments in the tropical Atlantic basin.