Tropical Depression 22 Forms in the Western Gulf of Mexico 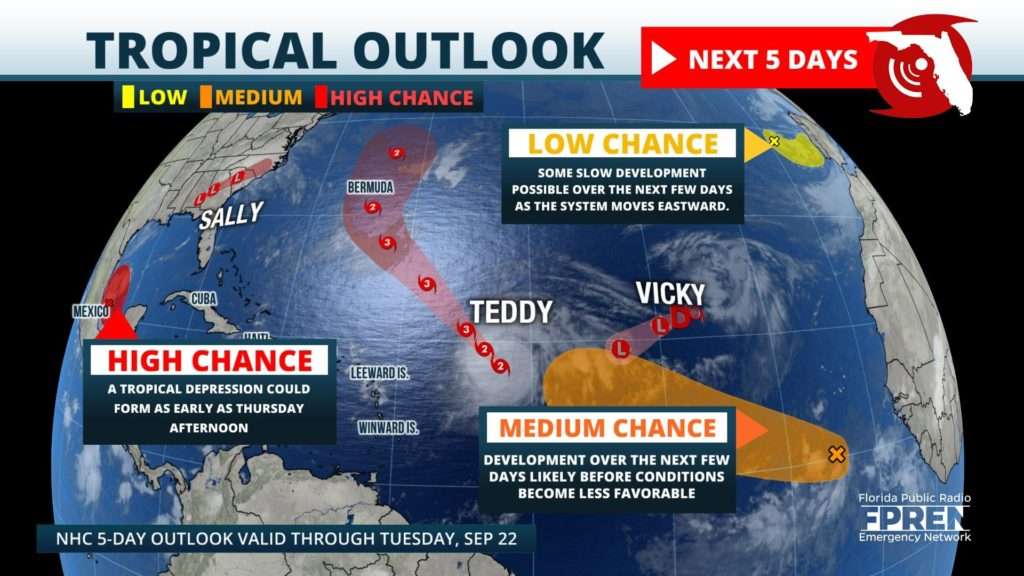 Sally is moving away from the Carolinas after dumping several inches of rain and producing a confirmed tornado and gusty winds there on Thursday.

However, a new tropical depression – Tropical Depression 22 – has formed in the western Gulf of Mexico. Meteorologist Ray Hawthorne is following the depression and several more systems in the tropics this morning, but says none are a direct threat to Florida but will pose a risk to swimmers this weekend.

“Newly formed Tropical Depression 22 is likely to stay in the western Gulf of Mexico this weekend, but it could become a hurricane on Sunday. Powerful Hurricane Teddy will get closer to Bermuda later this weekend. Both systems are likely to generate swell and rip currents along the U.S. coastline even though they’re not likely to directly affect us.”

Ray says minor coastal flooding is also possible near the times of high tide this weekend along parts of both the Atlantic and Gulf coasts.