“Tribalism Is Our Problem” Says Nelson In Final Senate Speech 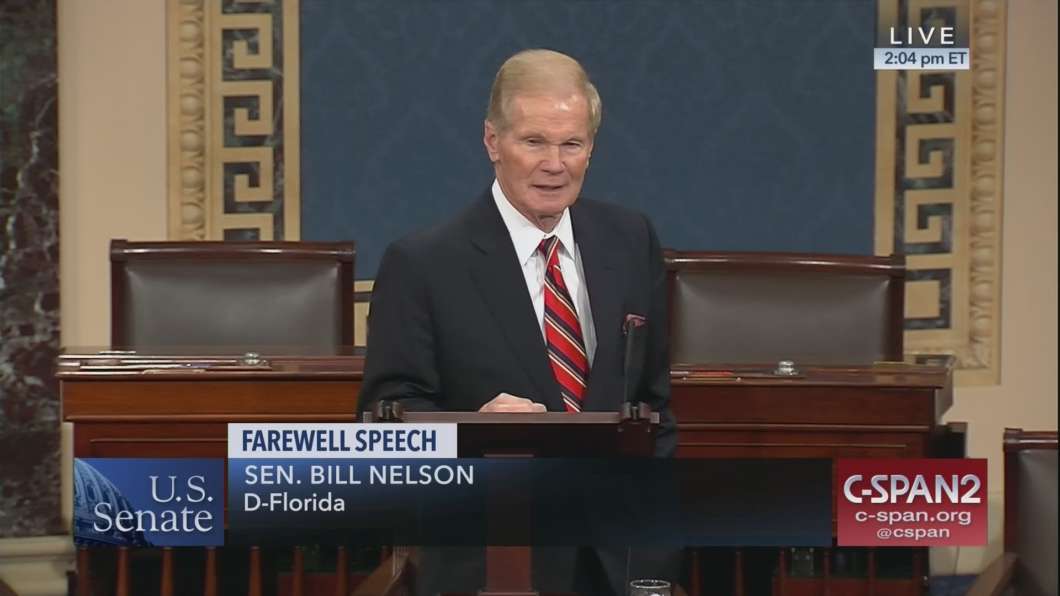 Nelson served in the Army, held offices in state government and served more than two decades in Congress as both a Representative and a Senator.

In his final Senate floor speech, nearly 17 years since his first, Nelson reflected on his career which included a trip to space on the shuttle.

Nelson had a stern message for his colleagues moving forward: govern with civility.

“My parting words are there is no greater challenge for this Senate than to have the moral courage to choose country over party, or power,” he said from the floor. “I caution our colleagues, and I caution those who will join this body, to resist the pulls of partisan acrimony and the forces that seek to divide us. Tribalism is our problem.”

In a more than 30-minute speech, Nelson said he was proud of his work passing the affordable care act, capping interest rate on student loans, providing assistance to hurricane victims and steering space policy to return humans to the moon.

His career in Congress didn’t stop in D.C. NASA sent Nelson on a mission into space. In 1985, the then-Congressman served as a mission specialist on STS-61-C.

“You’ve heard me talk about that as I describe our environment about how beautiful this planet is from the window of a spacecraft,” he said reflecting on the ten-day mission.

Nelson was defeated by Republican Governor Rick Scott after a bitter state-wide recount battle. Scott will be sworn in next month.