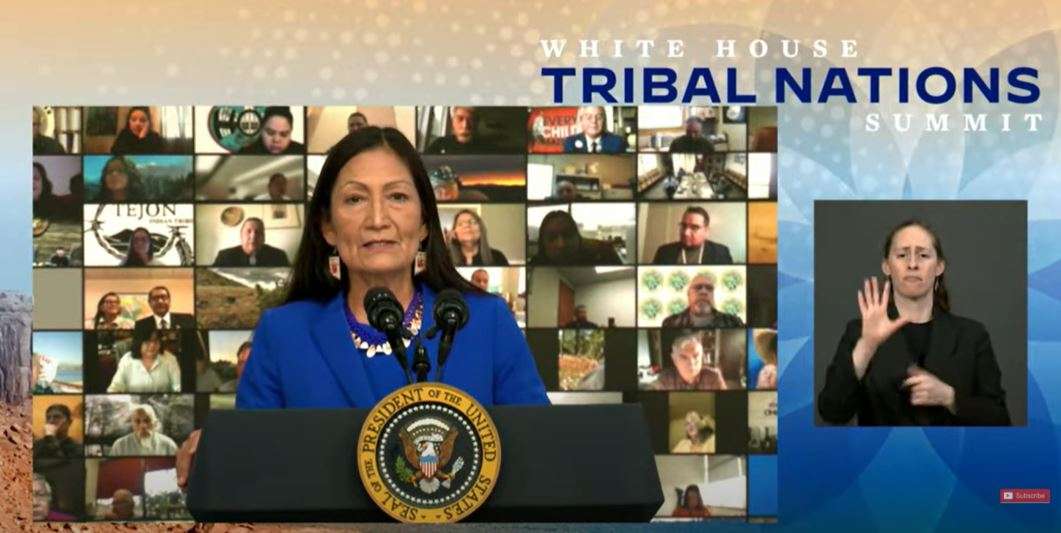 Tribal leaders from across the United States met this week for the first Tribal Nations Summit since 2016. Included on the agenda for the virtual summit hosted by the White House were public safety and justice, land and treaty rights and the impact of COVID-19 and climate change.

Valerie Vande Panne, the managing editor for Native News Online, tells Intersection that holding the summit is a significant move for the tribes.

“Tribal nations are sovereign nations. So the summit allows the tribes to interact on a nation to nation basis. Secondly, those representing the federal government, cabinet secretaries, realize they cannot show up to a tribal summit empty handed. So they actually brought to the table memorandums of understanding and executive orders, things that the tribes have been asking for, for years, this administration actually took steps to begin to address and fulfill.”

Vande Panne says the effort to address the crisis of missing and murdered indigenous people is a positive step.

“The accurate number of cases has been grossly underreported. The Biden administration through that executive order signed on monday, it’s a step forward in terms of just demanding that accurate, basic data collection,” says Vande Panne.

And she says the $1.2 trillion Investment and Jobs Act also includes funding for tribal nations.

“The good news is the funds are earmarked for Indian Country, I think $15 billion for roads, bridges, broadband, health care facilities. For Florida the funds will be distributed to the federally recognized tribes in Florida, with Seminole Tribe of Florida being the largest one.”

“I think there’s a lot of hope that the infrastructure bill, for example, will provide funding for tribes to mitigate against climate change,” says Vande Panne.

“But the amount of money available is really, as one tribal member put it, a drop in the bucket.”