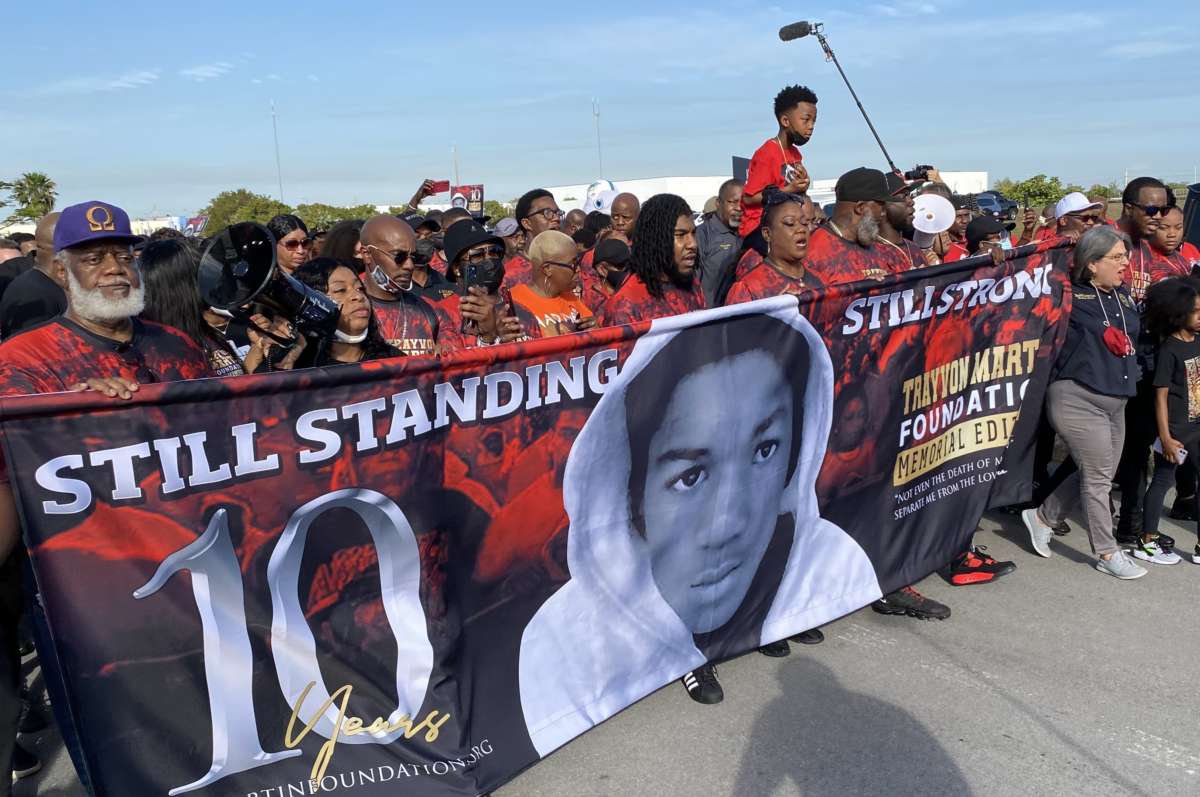 Hundreds of people joined in a short march at Ives Estates Park north of Miami Saturday on what would have been Trayvon Martin's 27th birthday. Photo: Joe Byrnes, WMFE News

MIAMI – Trayvon Martin would have turned 27 on Saturday.  Hundreds of people gathered to memorialize him at Ives Estates Park near his high school north of Miami.

Trayvon, an unarmed black teenager, was fatally shot 10 years ago this month by a community watch volunteer in Sanford, Florida. The teen was there visiting his dad.

Saturday’s annual march was sponsored by the Trayvon Martin Foundation. His parents created the foundation nearly 10 years ago, seeking to transform their tragedy into positive change.

The Peace Walk and Peace Talk brought together family members of African Americans from around the country killed by police.

Trayvon’s mother, Sybrina Fulton, has made it her mission to support those families and others hurt by gun violence.

She spoke briefly: “If you really want to support Trayvon Martin and all our young people, knowing that our children’s lives matter, then just do your part. Do your part. That’s all I ask. I’m just trying to do my part.”

Trayvon’s death on February 26, 2012, and the initial decisions not to arrest and charge his killer caused nationwide outrage and was the start of  the Black Lives Matter movement.