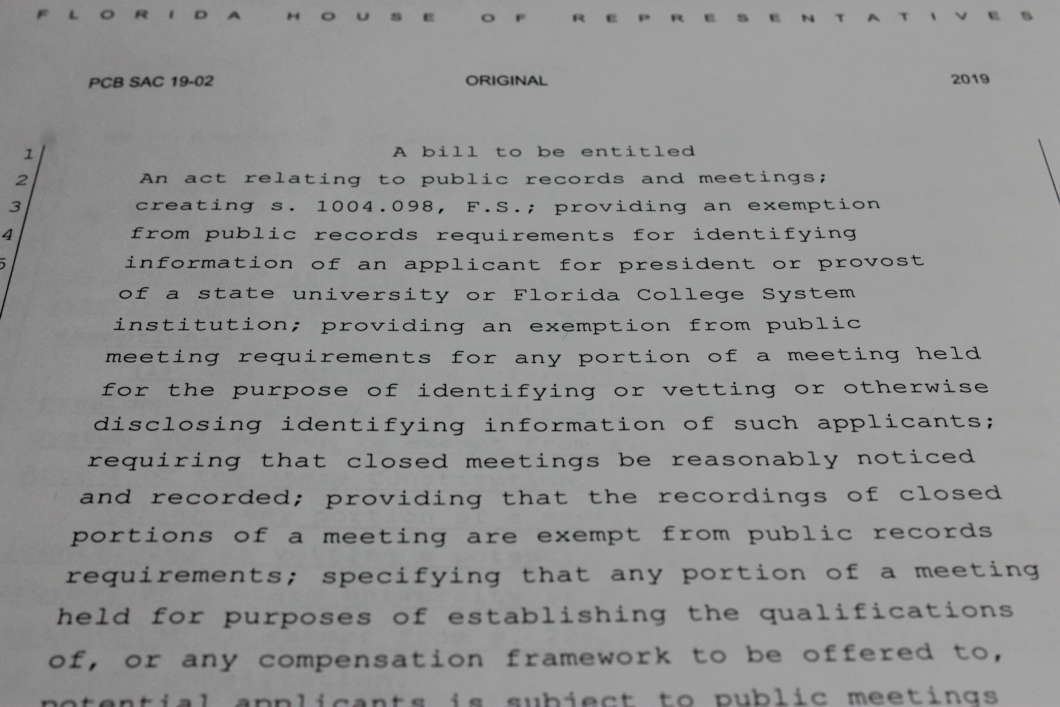 A proposed bill that would limit the public’s access to information about candidates for high-level university administration jobs is being criticized by transparency advocates.

Barbara Petersen with the First Amendment Foundation stops by Intersection to discuss the debate over potential changes to Florida’s open government laws.

If it’s passed, the bill would allow state colleges and universities to keep secret the names of presidential applicants and candidates.

Peterson says she sees “no real reason or justification” for the bill.

Language in the bill addresses concerns that applicants for positions including president, provost of dean may fear the possibility of losing their current position if their application is made public, which could have a chilling effect on the number and quality of candidates.

Peterson says she worries this bill could turn into the “Mount Everest of slippery slopes” if it is passed, eventually extending to the hiring processes for other government employees like city officials.

Since joining the First Amendment Foundation in 1995, Peterson says there have routinely been attempts to make the hiring process for university administrators more secretive every few years.

“Whenever a large university is starting the presidential search, there’s an attempt to close the process,” she says.

While this particular bill did not pass the Senate when it came up for review two years ago, Floridians will have to wait out the current legislative session to see if HB7115 ultimately sinks or swims.

Education reporting on 90.7 News is sponsored by Helios Education Foundation