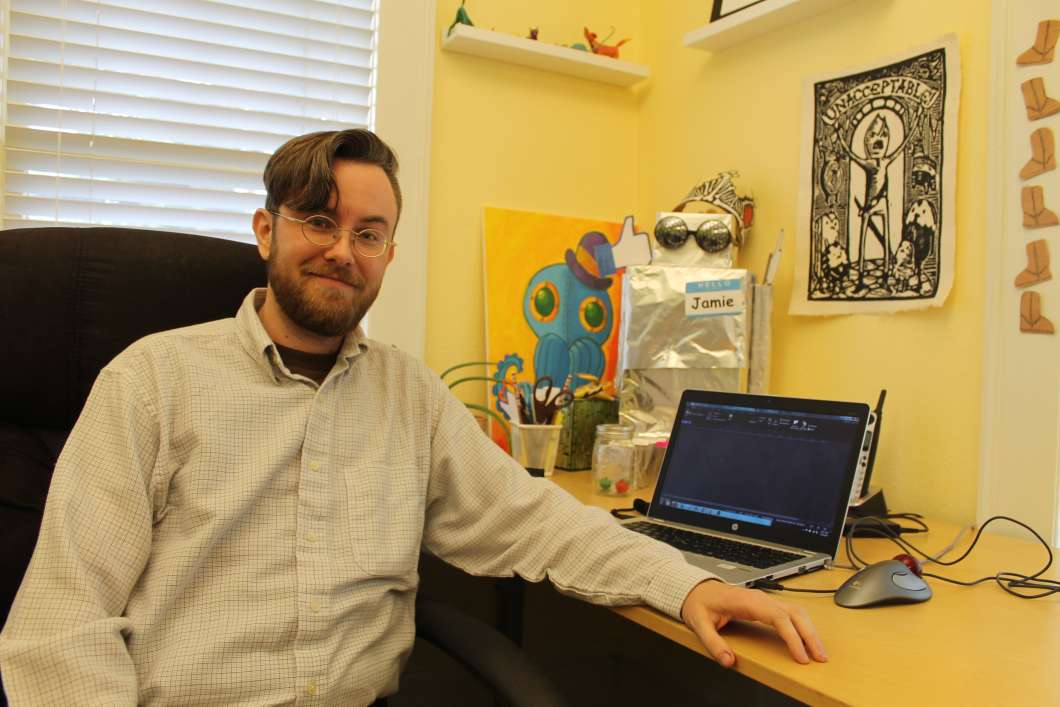 Jamie Kruger's health insurance started covering transition surgeries this year because of an Obama-era regulation. The Trump administration is signaling it will reverse that regulation.

Jamie Kruger transitioned years ago to life as a man, both at home and at work. Four months ago, though, he opted for surgery: a mastectomy and reconstruction to give him a more masculine chest.

The reason? It used to be his Aetna insurance policy didn’t cover the surgeries, even though the company deemed them medically necessary.

Now, Kruger is planning on scheduling a hysterectomy by the end of the year. For one, he’s already reached his insurance policy’s limit on out-of-pocket expenses.

“And B, yes, I’m extremely concerned about not having access to it anymore,” Kruger said. “And I’ve noticed in various social media groups that there seems to be a very high uptick of people getting their transition stuff done as soon as possible.”

It’s not just a gut reaction to President Donald Trump. For the past few years, lawyers on both sides have been fighting over the issue, and now the Trump administration’s intentions are unclear.

The U.S. Department of Health and Human Services last year finalized what’s known as Rule 1557. The rule meant the federal government could go after a health insurance plan or hospital that denied coverage because of someone’s transgender status.

The rule put hundreds of millions of federal dollars at risk for insurance companies and hospitals. So many companies began covering transgender health services, like surgeries, hormone therapy and mental health counseling.

One study of 81 insurers across 16 states, including Florida, found that 95 percent had gotten rid of transgender exclusions for things like transition surgery, hormone treatments and mental health care.

Then last year a group of Christian hospitals and doctors sued the Obama administration, arguing the rule created massive liabilities unless “they cast aside their medical judgment and perform controversial and even harmful medical transition procedures.”

By the end of 2016 U.S. District Judge Reed O’Connor in Texas found the Obama administration did overreach with the rule, and he blocked its implementation nationwide while the case continued. This year the judge put the case on ice because a new draft rule is under review by the Department of Justice, now part of the Trump administration.

“I think it’s been pretty clear that the Trump administration intends to overturn this regulation,” said Joshua Block, a staff attorney with the American Civil Liberties Union’s LGBT project. “Of course, if it tries to do that, we and many other organizations will be ready to challenge that attempt as not having any foundation in the law or science.”

The ACLU is intervening in the battle, known as the Franciscan Alliance v. Price case. Block said case law supports including gender identity in sex discrimination laws, and people could bring further lawsuits. But the federal judge’s ruling does take the teeth out of federal’s government enforcement of the rule.

Harper Jean Tobin of the National Center for Transgender Equality said the legal action is part of a clear pattern on the part of the Trump administration. The president tweeted that transgender service members won’t be welcome in the military and rescinded a non-binding notice to schools that civil rights laws protect transgender student’s access to bathrooms and locker rooms that identify with their gender identity. The administration also filed a brief asserting sex discrimination laws don’t protect firings based on sexual orientation.

“And now they’re going after transgender people’s health care, too,” Tobin said. “This is deeply concerning. We’re talking about people being turned away from hospitals. We’re talking about people being denied coverage for life-saving medical procedures, people who live in rural areas turned away from one doctor’s office after another, and that’s the kind of thing the Trump administration wants to say is OK.”

WMFE contacted every company planning on offering health insurance in 2018 — and most say they will continue covering transgender health care services. Florida Blue is Florida’s largest with more than 5 million customers statewide.

“Florida Blue will continue to provide coverage for gender reassignment surgery and services related to gender dysphoria or gender transition in its 2018 individual plans available both on and off the Marketplace,” wrote Christie DeNave, a spokeswoman for Florida Blue. “We received a handful of gender reassignment claims last year.”

Of the nine companies offering insurance on the individual market, seven committed to covering the services. Only Health First Health Plans said it will not, but added some of its 68 ACA plans will cover transition surgeries.

There may be an economic reason for health plans to continue the coverage. Studies have found the costs of providing transgender health care are, on-balance, pretty minimal. And while the gender identity protections were expected to be costly to implement — $422 million dollars over five years nationwide, according to the administration’s own assessment — the bulk of the cost was actually going to be for training and familiarization.

“We are seeing some back-tracking from some insurance plans across the country,” Tobin said. “We’ve had Wisconsin and Arkansas move to eliminate transgender exclusions and then put them back in. We think most insurance plans will do the right thing, but if they roll back this rule, there will be more discrimination in insurance and in hospitals and doctor’s offices.”

If insurance companies decide to keep offering transgender health services, Kruger said that comes with another benefit. According to the U.S. Transgender Survey, 40 percent of transgender people have attempted suicide in their lifetime – and being denied health care, Kruger says, is a huge factor in that.

“Not having access to this type of health care and hormones and the surgical procedures,” he said, “really is a life or death situation for many people.”