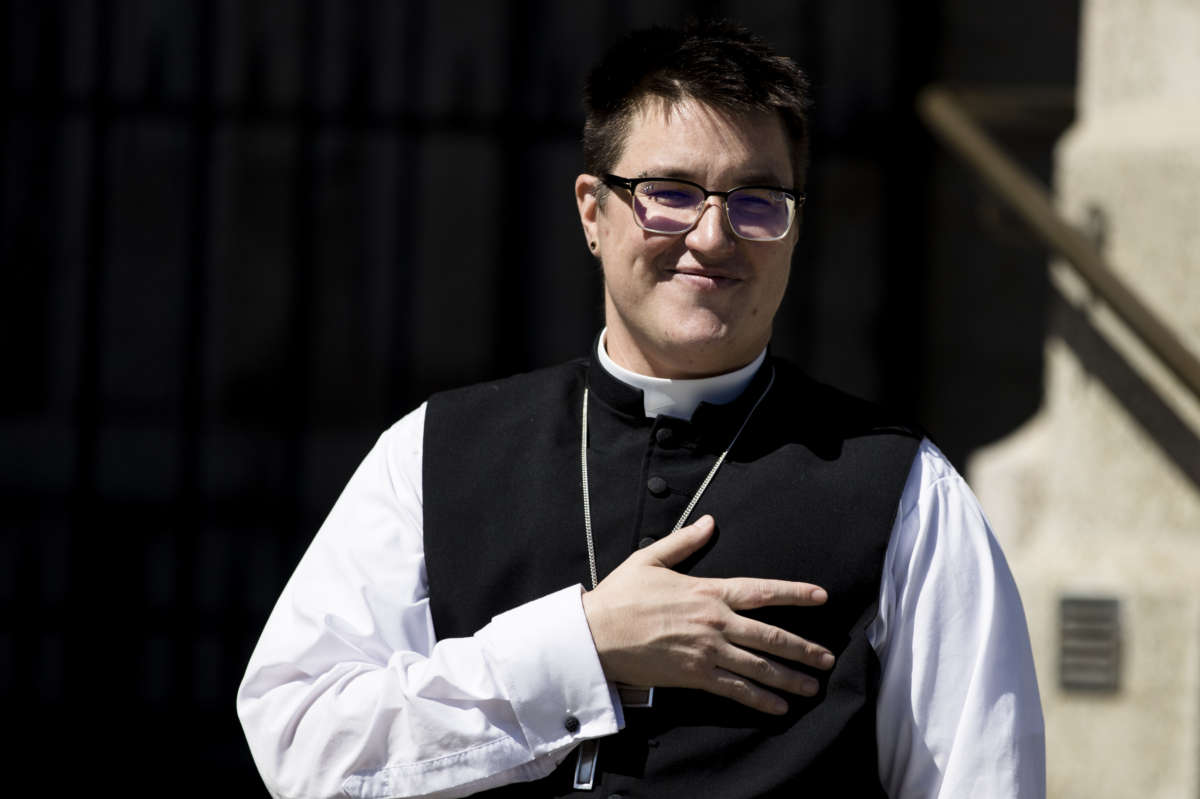 Bishop Megan Rohrer speaks to the press before their installation ceremony at Grace Cathedral in San Francisco on Saturday.
Image credit: John Hefti

The Rev. Megan Rohrer will lead one of the church’s 65 synods, overseeing nearly 200 congregations in Northern California and northern Nevada.

“My call is … to be up to the same messy, loving things I was up to before,” Rohrer told worshippers. “But mostly, if you’ll let me, and I think you will, my hope is to love you and beyond that, to love what you love.”

Rohrer was elected in May to serve a six-year term as bishop of the Sierra Pacific Synod after its current bishop announced his retirement.

“I step into this role because a diverse community of Lutherans in Northern California and Nevada prayerfully and thoughtfully voted to do a historic thing,” Rohrer said in a statement. “My installation will celebrate all that is possible when we trust God to shepherd us forward.”

Rohrer, who uses the pronoun “they,” previously served as pastor of Grace Lutheran Church in San Francisco and a chaplain coordinator for the city’s police department, and also helped minister to the city’s homeless and LGTBQ community. They studied religion at Augustana University in their hometown of Sioux Falls, South Dakota, before moving to California to pursue master and doctoral degrees at the Pacific School of Religion in Berkeley.

Rohrer became one of seven LGBTQ pastors accepted by the progressive Evangelical Lutheran church in 2010 after it allowed ordination of pastors in same-sex relationships. Rohrer is married and has two children.

The church is one of the largest Christian denominations in the United States with about 3.3 million members.