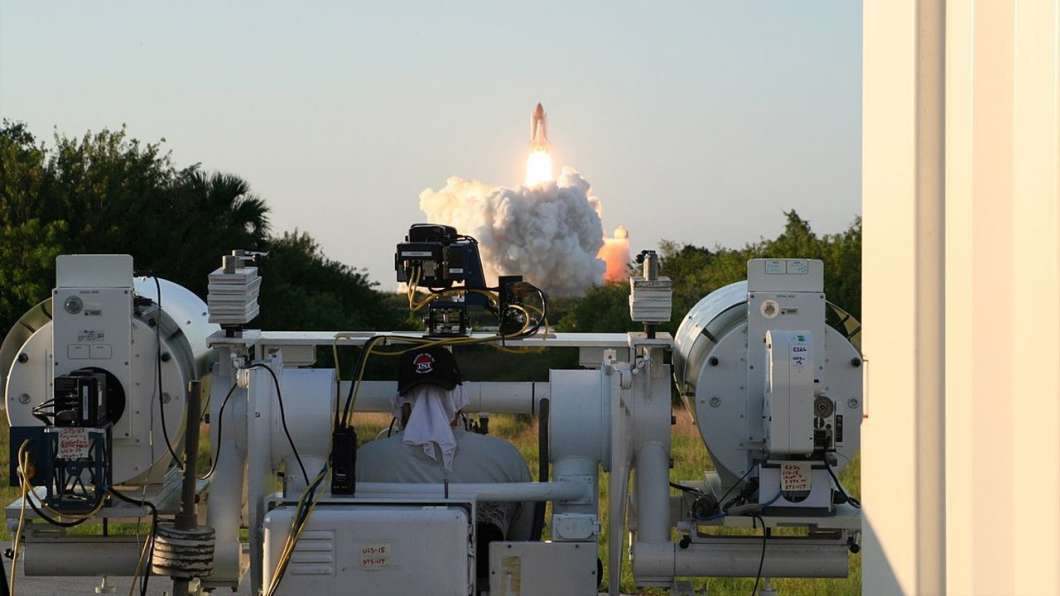 I’m sure you’ve watch rocket launches on TV or streaming, right? You know those tight shots that follow the rocket into space and in SpaceX’s case the ones that follow them back down to earth? Well, someone like Rick Wetherington is responsible for those images.

He’s a photo planner for Abacus Technology a contractor at Kennedy Space Center. He tracks rockets as they take off using this huge camera rigs. He tracks them by hand, usually just a mile away from the launch or landing pads.

He tracked the Falcon Heavy launch, but I met with him a few weeks before that assignment. We spoke at the Kennedy Space Center’s Press Site ahead of that launch about what goes in to tracking rockets and why his film is so important to engineers.

One of Rick’s most memorable assignments was when a Delta II rocket exploded shortly after liftoff. This is what it looked like. Watch for the shots following the burning debris as it falls to the Earth. That was shot by someone just like Rick.