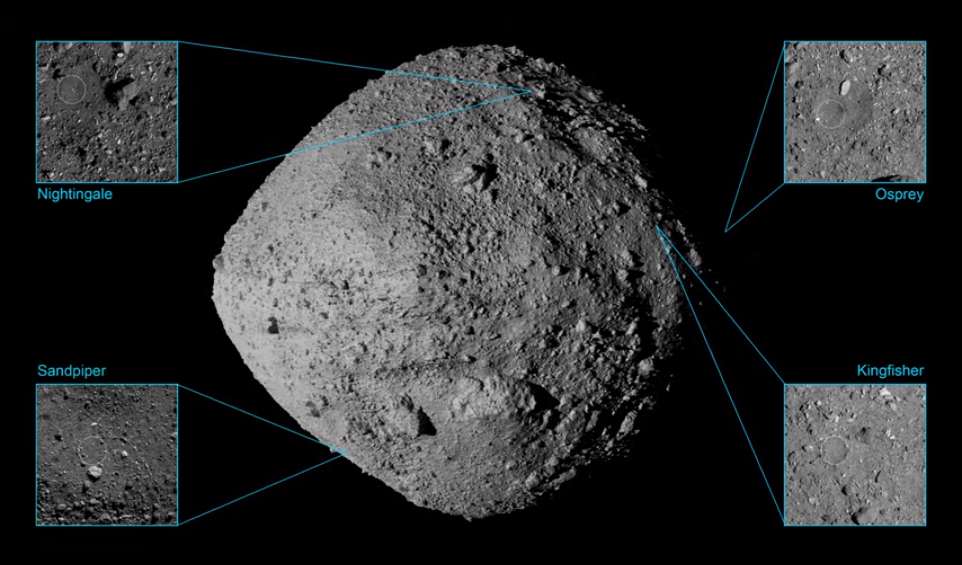 Since arriving at near-Earth asteroid Bennu in December 2018, NASA's OSIRIS-REx mission has been studying this small world of boulders, rocks, and loose rubble - and looking for a place to touch down. The goal of OSIRIS-REx is to collect a sample of Bennu in mid-2020, and return it to Earth in late 2023. Photo: NASA

CAPE CANAVERAL, Fla. (AP) — A NASA spacecraft circling an ancient asteroid 200 million miles away is about to reach out and make contact.

The Osiris-Rex spacecraft will attempt to descend to the boulder-packed surface of asteroid Bennu on Tuesday and snatch a handful of rubble.

It will be America’s first crack at collecting asteroid samples for return to Earth, a feat accomplished so far only by Japan.

Scientists want to bring back at least 2 ounces worth of Bennu — about a handful’s worth. The spacecraft can touch down no more than three times to grab enough rubble.  The samples won’t arrive on Earth until 2023.