Tortugas Harbor Lighthouse Is Being Restored For $4.5 Million 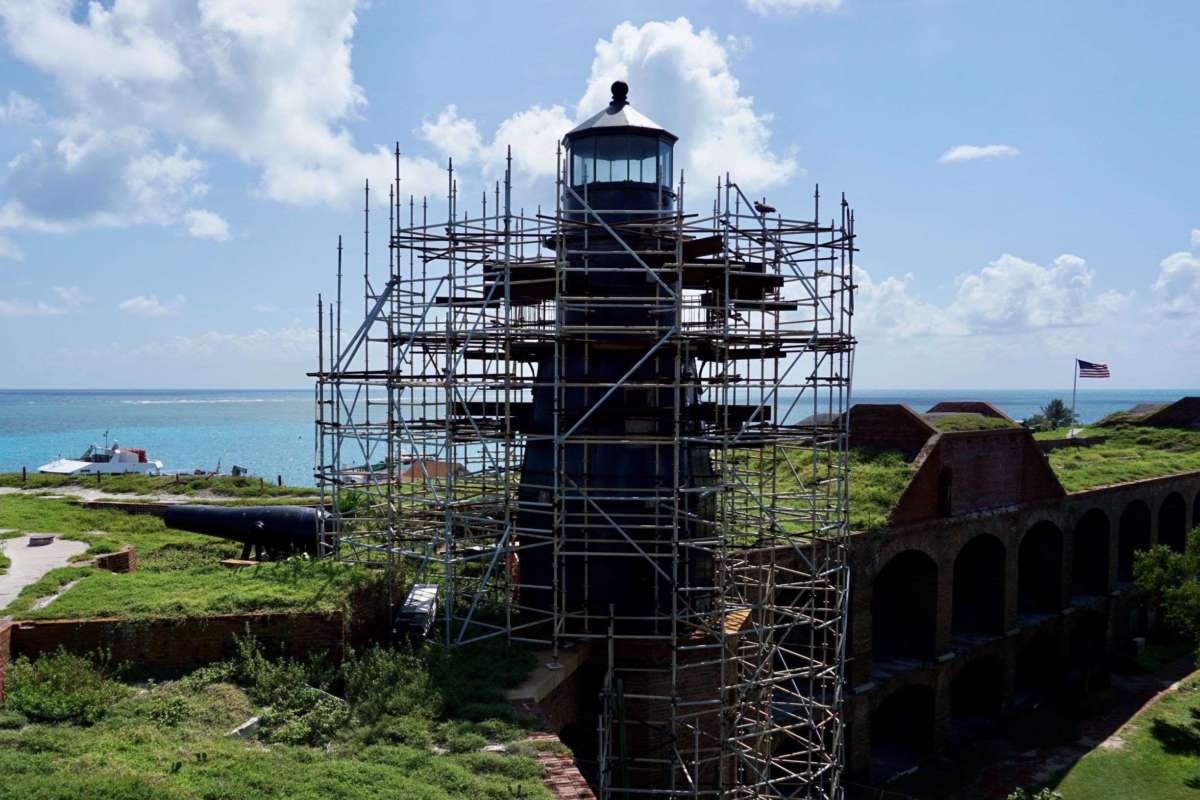 An iconic landmark in the Florida Keys is getting a major facelift worth millions of dollars. As WLRN’s Alyssa Ramos tells us, restoration crews plan on keeping the 19th century lighthouse around for another 100 years.

The Tortugas Harbor Lighthouse has been standing at Fort Jefferson for 144 years.

And officials at the Dry Tortugas National Park are spending $4.5 million dollars to repair it.

It will happen in three phases and take a year to complete.

Crews will take apart the lighthouse’s iron skeleton piece by piece and take it to mainland Florida where the parts will be repaired.

Once that’s done, the structure will be taken back to the Keys where it will be reassembled.