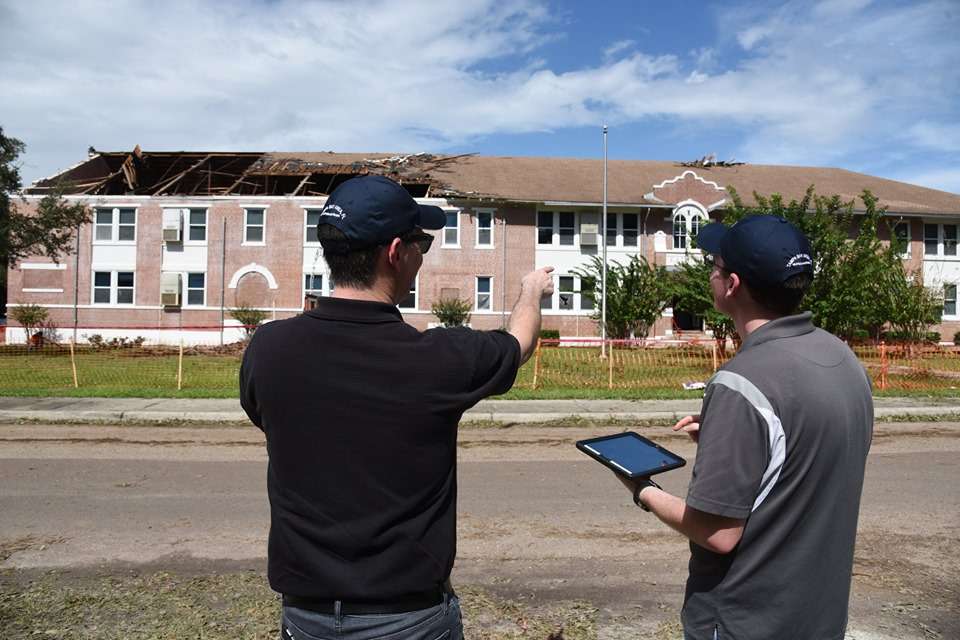 A tornado with winds as high as 120 mph hit Polk County over the weekend. The EF-2 storm generated by Tropical Storm Nestor touched down at Lakeland Linder International Airport on Friday night.

The storm damaged Kathleen Middle School and homes in the Kathleen area. Classes have been canceled through Tuesday October 22.

Kathleen Middle was damaged during last night’s severe weather and, as a result, classes for Kathleen Middle will be canceled on Monday (Oct. 21) and Tuesday (Oct. 22). All other PCPS schools are expected to have classes next week as normal. More: https://t.co/MIOYpc5qju. pic.twitter.com/81z3UsPKI7

Polk County Sheriff Grady Judd says it was a miracle there were no serious injuries.

“And I want you think about this. Last night you went to bed safe and secure. Then all of a sudden your house vaporizes around you when you’re in bed. That’s what happened to one family. And they weren’t injured other than some bumps and bruises. It’s a miracle.”

“We’ve got houses that are just completely flattened. And we’ve got some other ones where the damage is significant and then some minor cosmetic damage. Some of the damage we saw earlier in the city of Lakeland had glass windows just completely blown out of the back side of a house. So it’s a wide spectrum.”

The National Weather Service in Tampa also confirmed an EF-0 tornado in Seminole County and an EF-1 tornado in Cape Coral.

Corrected the date. Radar of the tornadic supercell that traveled from eastern Hillsborough to western Polk cnty #FL late Fri eve, causing damage along a path from Lakeland to Kathleen. A defined “debris ball” was detected by KTBW doppler radar with this confirmed tornado. #flwx pic.twitter.com/igTCURsT2j

No injuries were reported from either of these storms.