Multiple Tornadoes Touch Down In Orlando, No Injuries Reported 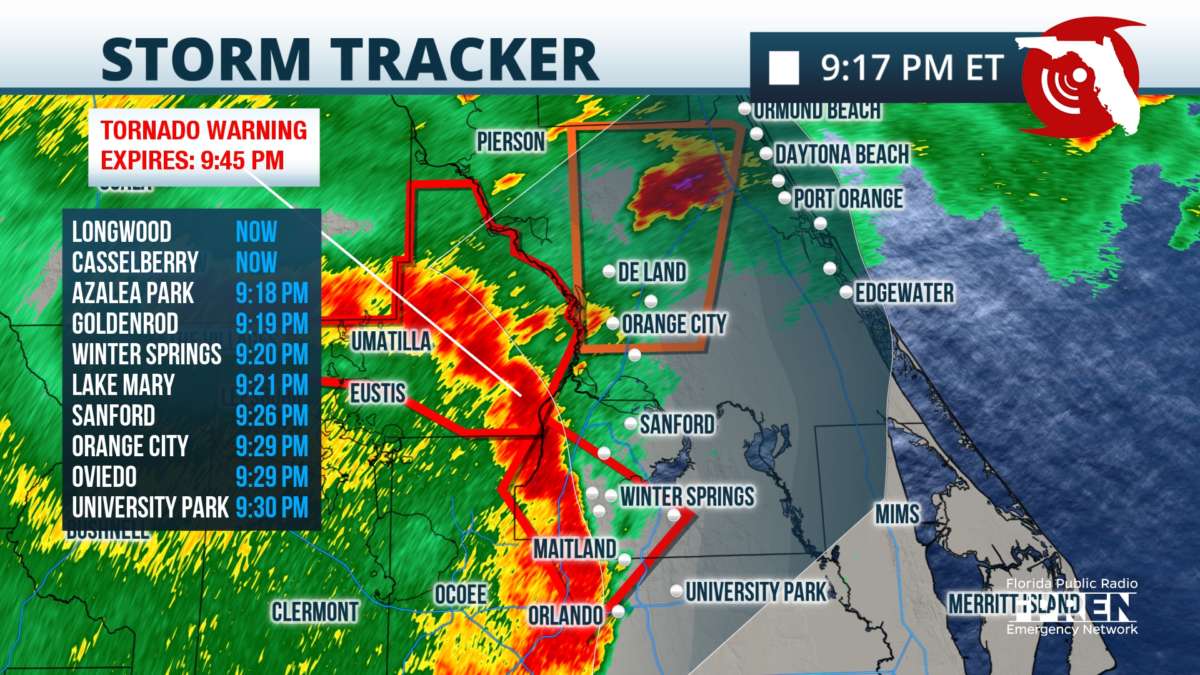 The National Weather Service has confirmed that a tornado touched down in Orlando Saturday night, but no injuries have been reported.

The City of Orlando tweeted that there are no injuries, but there has been damage to residential areas. The heavy rain is from Tropical Storm Cristobal.

The first was around 7:30 p.m. and started near Lake Margaret Drive, then traveled north across State Road 408 between the executive airport and downtown. That system has confirmed “multiple trees and power lines down.”

Additionally, there was a public report of a tornado at 8:30 p.m. on north shore of Lake Monroe, and other unconfirmed reports were near Sea World and Universal Studios.

“I believe the worst of the tornado risk has passed, but I can’t rule out a few isolated strong storms bubbling up again Sunday,” Huffman said. “The heaviest rain and highest tornado risk from Cristobal will shift into North Florida and across the panhandle Sunday, but tropical moisture is going to remain in place over the peninsula for several more days.”

Storm Update: No injuries have been reported. There is damage to residential areas, please avoid power lines and and downed trees, which may be hiding live wires. American Red Cross, @OrlandoFireDept and @OrlandoPolice has been dispatched.

The city advises residents to avoid downed power lines. This is a breaking news situation, check back for more details.