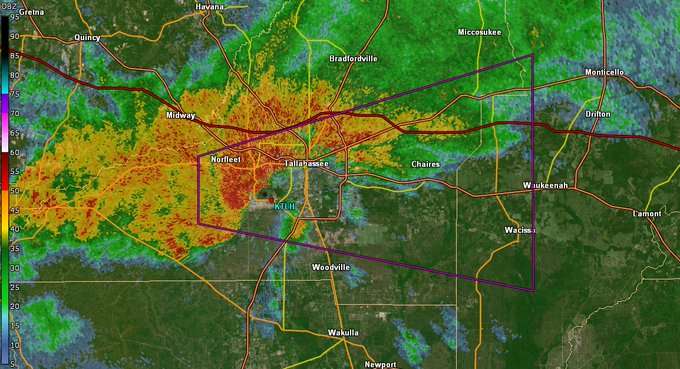 TALLAHASSEE, Fla. (AP) — A tornado touched down near Florida’s capital city airport, causing damage and knocking out weather radar before moving east into residential neighborhoods. The National Weather Service reports the tornado touched down late Wednesday morning. Tallahassee International Airport was closed as officials assessed damage, but there were no reported injuries at the facility. The city said hundreds of customers were without power. There was also reported damage in the city’s Southwood community, home to several state offices, as well as scattered neighborhoods south of downtown.

Not all tornadoes occur when tornado watches are in effect. Having a way to receive tornado *warnings* is key, regardless of whether a watch is in effect. https://t.co/wPVGyjxzy1