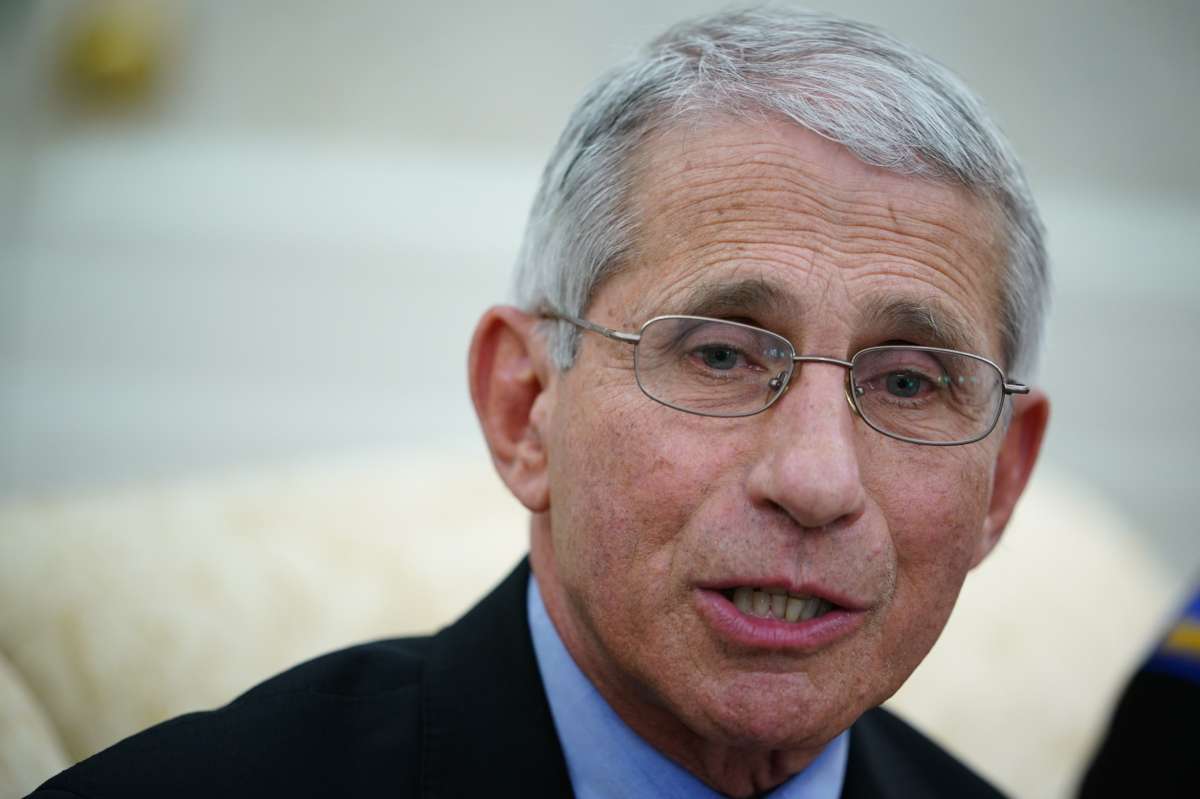 Dr. Anthony Fauci, director of the National Institute of Allergy and Infectious Diseases, is entering a partial quarantine after making a "low-risk" contact with someone who tested positive for COVID-19.
Image credit: Mandel Ngan

Three members of the White House’s coronavirus task force, including Dr. Anthony Fauci, are quarantining themselves after coming into contact with someone who has tested positive for the coronavirus.

Stephen Hahn, commissioner of the Food and Drug Administration, and Robert Redfield, the director of the Centers for Disease Control and Prevention, have decided to self-quarantine for two weeks.

Fauci, the director of the National Institute of Allergy and Infectious Diseases, is beginning a “modified quarantine” after he made a “low risk” contact with a White House staff member who tested positive for the coronavirus, NPR has confirmed.

“Dr. Fauci has tested negative for COVID-19, and he will continue to be tested regularly,” a NIAID spokesperson said in a statement to NPR. “He is considered to be at relatively low-risk based on the degree of his exposure. Nevertheless he is taking appropriate precautions to mitigate risk to any of his personal contacts while still allowing him to carry out his responsibilities in this public health crisis.”

Fauci told CNN that he will mostly telework from home during his 14-day quarantine.

FDA Commissioner Stephen Hahn announced his decision to self-quarantine — in accordance with guidelines issued by the CDC — in an internal message to staff on Friday, according to an FDA spokesperson.

Hahn has not tested positive himself. The commissioner “immediately took a diagnostic test and tested negative for the virus,” said Stephanie Caccomo, an FDA press officer, in a statement to NPR on Saturday.

Also on Saturday, the CDC confirmed to The Washington Post Redfield’s decision to place himself in quarantine after his “low-risk” exposure to “a person at the White House who has COVID-19,” but has shown no symptoms.

During their quarantines, Redfield and FDA commissioner Stephen Hahn will testify before a Senate committee on Tuesday by video conference, rather than in person, Sen. Lamar Alexander, R-Tennessee, said in a statement. NPR hasn’t confirmed Fauci’s plan for when he’s expected to testify before the Senate.

The three senior public health officials are latest members of President Trump’s orbit to be exposed to the virus this week.

Vice President Pence’s press secretary, Katie Miller, tested positive for the virus on Friday — “out of the blue,” Pence said, with no obvious symptoms. She is married to Stephen Miller, a senior adviser to Trump. Her diagnosis followed the news that a U.S. military aide who works in the White House also tested positive.

Still, it remains unclear to whom Hahn, Redfield and Fauci had been exposed.

Both Trump and Pence have drawn criticism for breaking with CDC recommendations and appearing in public settings recently without donning some form of face covering. Earlier this week, Trump announced that testing around the White House would be undertaken daily rather than weekly and that valets working around him will now be required to wear face masks.