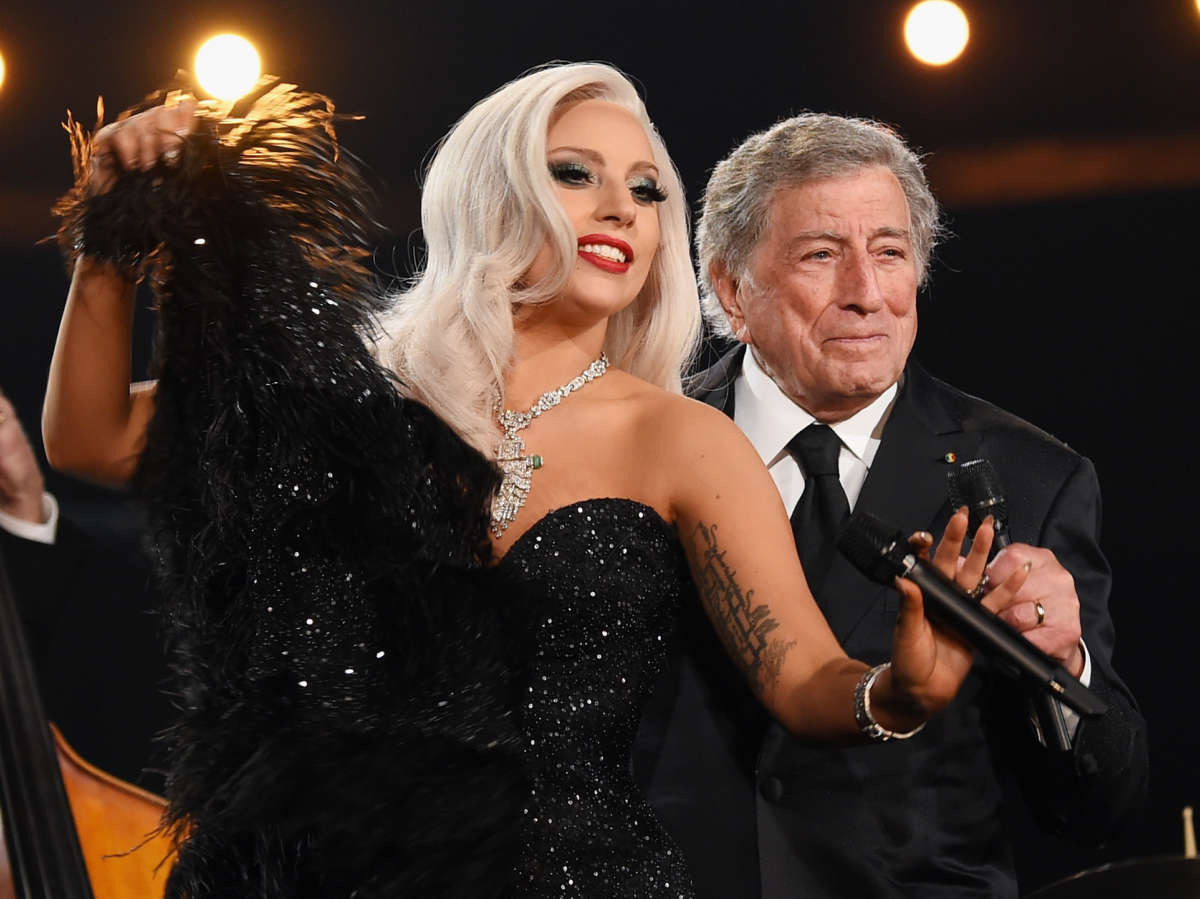 A decade ago, Jazz Icon Tony Bennett and pop superstar Lady Gaga struck up one of the great Odd Couple partnerships in recent music history. Singing together first on his album Duets II, and then on their co- album, Cheek to Cheek, Bennett and Gaga made history on the charts while proving some things never go out of style.

Now, with Love For Sale, Bennett and Gaga are serving up another round but with a poignant twist: It may be Bennet’s final album. He’s 95, and has been living Alzheimers disease.

Nate Chinen, of WBGO and Jazz Night in America, recently spoke with Lady Gaga, about their collaboration.

To hear the broadcast version of this story, just use the audio player above.

A Martinez, All Things Considered: Nate, you’ve covered this relationship from the start. Were you surprised that it worked?

Nate Chinen, WBGO: On one level, yes – pleasantly so. There’s a 60-year age difference between Tony Bennett and Lady Gaga, and they obviously come from different sectors of the pop firmament. But he recognized her vocal talent right away, and she came with an attitude of real deference and humility — she wasn’t a dabbler or a dilettante about it. They had an instant spark when they sang together, and it bloomed into a genuine collaboration.

I imagine both artists gained something from their pairing…

They each got something different. As she told me at the time, Lady Gaga was seeking a certain validation as a singer — and having the Bennett benediction, so to speak, really put her in a different light. There’s nowhere to hide, musically, when you’re singing in this style. And as for Tony Bennett: he was 88 when Cheek to Cheek topped the charts in 2014, which made him the oldest artist ever to score a No. 1 album. According to Guinness, that’s a record he still holds.

Isn’t that extraordinary chart success for any jazz album?

It’s exceedingly rare. And this is something both artists told me they wanted to achieve. Tony has devoted his life to a celebration of the Great American Songbook, and the art of jazz singing. Gaga’s sincere attraction to that tradition was something they hoped would resonate with her fan base. And as she recently told me, it has.

So was it always clear that there would be a sequel?

According to Lady Gaga, they had barely finished Cheek to Cheek when Tony started talking about a follow-up. And he was clear that it would be an album of songs by Cole Porter.

Last year, Tony Bennett announced that he had been living with Alzheimer’s. How did that affect the making of the album?

His team had to operate with great sensitivity to his condition. But Tony was first diagnosed in 2016, so this wasn’t a sudden thing. What’s truly remarkable is the way that he snaps into focus when he’s singing. I recently spoke with his wife and caregiver, Susan Benedetto, who says he still sings at home with a pianist a couple of times a week. And whatever fog exists around his everyday life, it seems to dispel when the music starts. Susan said this was even true at his farewell concert with Gaga at Radio City Music Hall, just a couple of months ago.

Susan Benedetto: It was the last situation in which Tony could still be Tony and have a true understanding of who he is. And this is what I do, and this is what I’m supposed to be doing. And I can connect with my audience. And just in that moment, he understood exactly what was going on. Now, prior to singing, and then when he gets offstage, he would not necessarily know where he was or why he was there. And he couldn’t even tell you if he sang or not. But in that moment, you can just tell: all the mannerisms and the music, everything just comes right back.

There’s something so wonderful and mysterious about that.

And poetic, in the sense that Tony Bennett gave so much of himself to this music over the course of his 70-year recording career. Now I think it’s fair to say that the music is giving back. And knowing that this is probably his last recorded statement, it’s beautiful and bittersweet. When I asked Lady Gaga about that, she had this to say.

Lady Gaga: When I think about Tony and his last album, I have nothing but reverence, love and respect for him. I think I may always cry about this. I don’t think it will ever go away. And I don’t know that I want it to. I think that pain lives where pain belongs. And Tony has always inspired me to use it. So I’m going to keep using this magic in my life. And just share with you that even when hard things happen, you can witness a miracle. And watching Tony sing onstage was a real miracle for us all. When he was well, and when he had Alzheimer’s.

The miracle in the music, courtesy of Tony Bennett — and Lady Gaga.