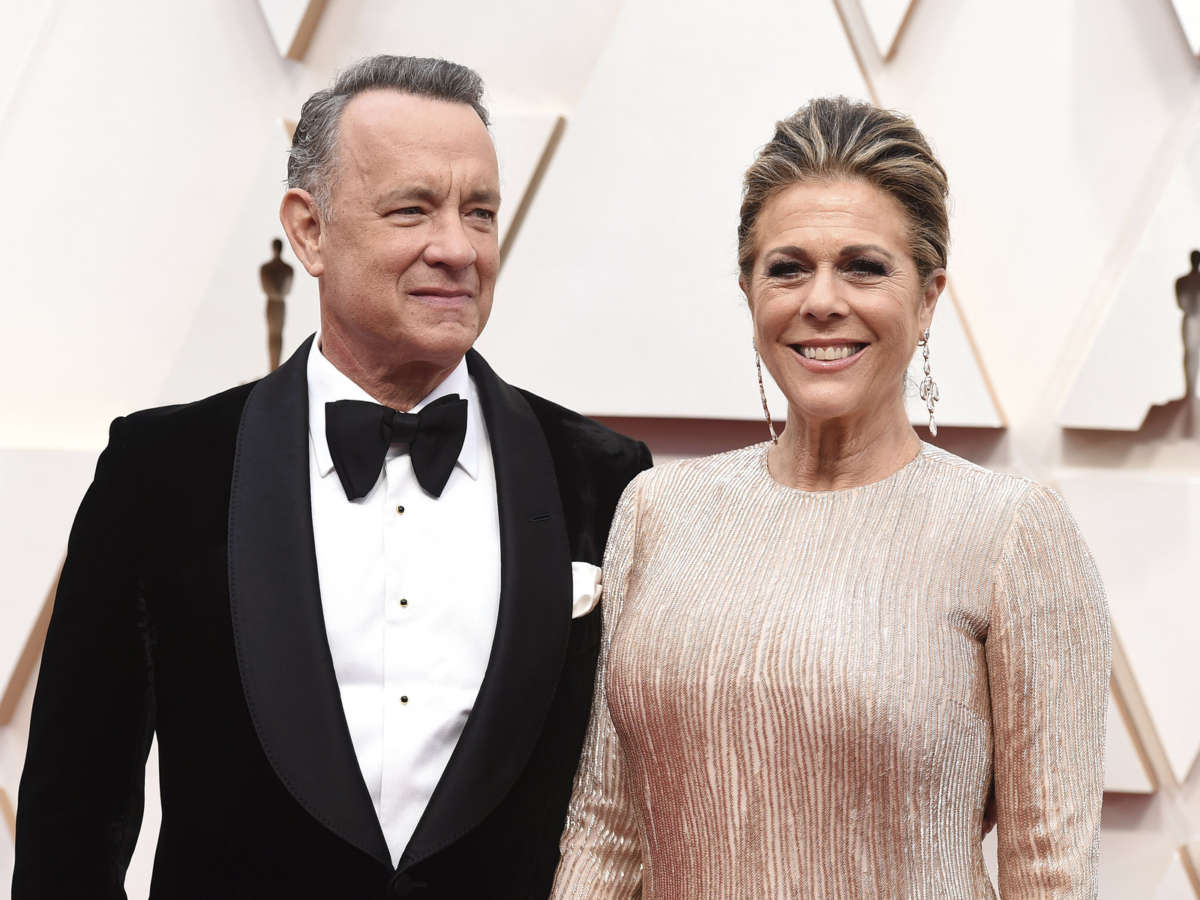 Tom Hanks and Rita Wilson at the Oscars in February. The couple, who are in Australia where Hanks is preparing for a film shoot, announced Thursday they have tested positive for coronavirus. Jordan Strauss/Jordan Strauss/Invision/AP

Actor Tom Hanks announced on social media Thursday that he and his wife and fellow actor Rita Wilson have tested positive for the novel coronavirus that has infected tens of thousands worldwide since December.

On Instagram and in a tweet on Thursday, local time, Hanks, who is in Australia for pre-production on an as-yet untitled film about Elvis Presley, said he and Wilson “felt a bit tired, like we had colds, and some body aches.”

“Rita had some chills that came and went. Slight fevers too,” Hanks wrote. “To play things right, as is needed in the world right now, we were tested for the Coronavirus, and were found to be positive.”

“Well, now, What to do next? The Medical Officials have protocols that must be followed. We Hanks’ will be tested, observed, and isolated for as long as public health and safety requires. Not much more to it than a one-day-at-a-time approach, no?” he wrote.

Hanks, a two-time Oscar winner, and Wilson are both 63, which places them in a somewhat elevated risk category from the disease COVID-19 that is caused by the coronavirus, which tends to be more serious in older individuals.

Although the disease has killed more than 4,500 people worldwide since it was first identified in December in central China, most people who become infected show either mild or no symptoms. According to the World Health Organization’s latest situation report, dated March 11, there are a total of 112 confirmed cases of novel coronavirus infection in Australia, which has seen three deaths from the disease.

Hanks and Wilson had been on Australia’s Gold Coast, Queensland, preparing for the film shoot in which Hanks is set to play Presley’s long-time manager, Colonel Tom Parker, when the actor made the announcement.

The Sydney Morning Herald quoted “a number of crew members” on the film who said that all production had been shut down.

A statement from Warner Bros., which is producing the film, sent to Deadline.com said the studio had “been made aware that a company member from our Elvis feature film … has tested positive for COVID-19 (coronavirus).”

“We are working closely with the appropriate Australian health agencies to identify and contact anyone who may have come in direct contact with the individual,” the statement said. “The health and safety of our company members is always our top priority, and we are taking precautions to protect everyone who works on our productions around the world.”

“The individual who tested positive for COVID-19 is currently receiving treatment,” the statement added.