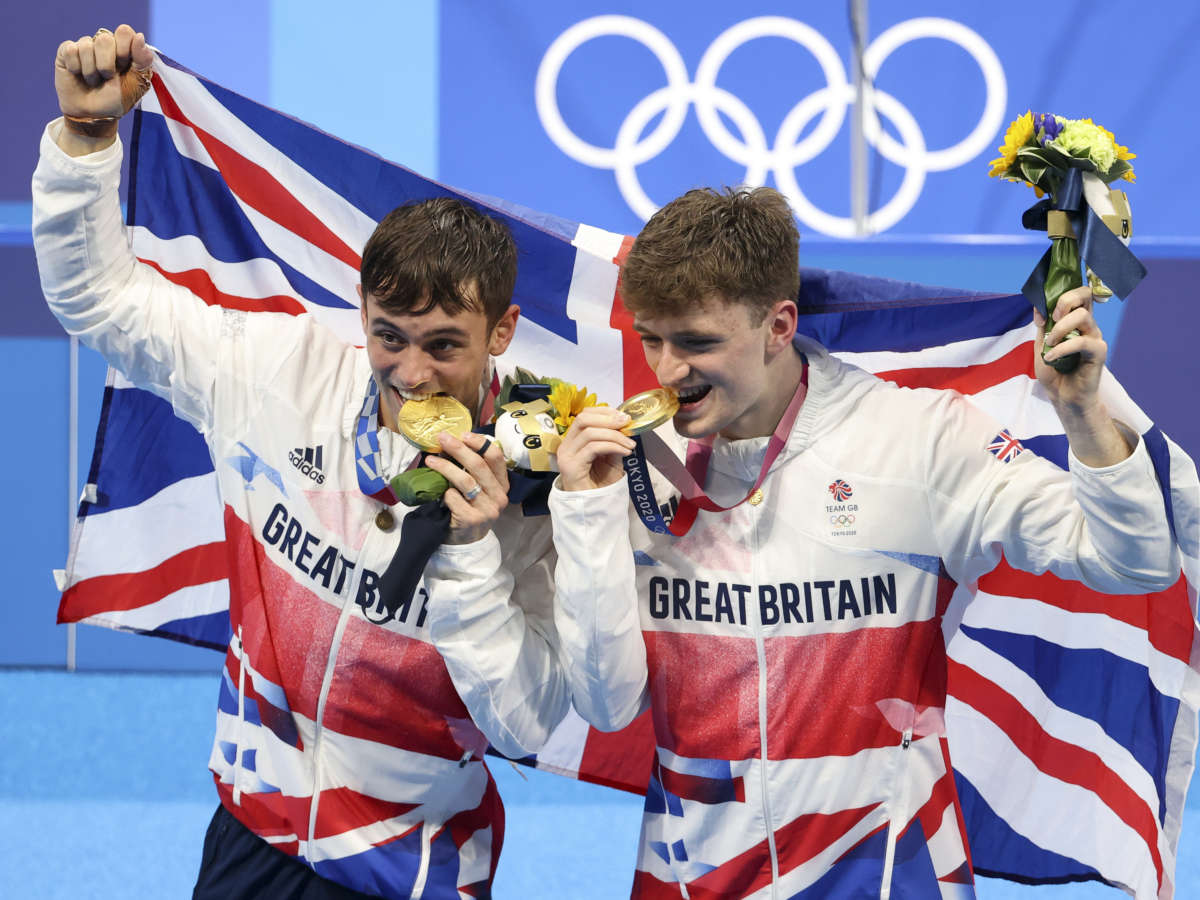 After a 13 year wait, British diver Tom Daley has won the first gold medal of his Olympic diving career.

Following his gold medal win on Monday, Daley delivered an inspiring message to his fans in the LGBTQ community.

“I hope that any young LGBT person out there can see that no matter how alone you feel right now, you are not alone and that you can achieve anything and there is a whole lot of your chosen family out here ready to support you,” Daley said after his win. “I feel incredibly proud to say that I am a gay man and also an Olympic champion,” he added.

Daley took home the gold in the men’s synchronized 10-meter platform event alongside his diving partner Matty Lee. The duo beat the Chinese team of Cao Yuan and Chen Aisen by just 1.23 points.

Daley, 27, won bronze in the individual 10-meter platform in London back in 2012 and a bronze in the synchronized platform in the 2016 Olympics in Rio. He made his Olympic debut as a 14-year-old in Beijing’s 2008 Olympics.

Daley publicly announced he was gay in 2013 following his bronze medal in London, saying he always felt he was “alone and different and didn’t fit.”