To Stop Extreme Wildfires, California Is Learning From … Florida? 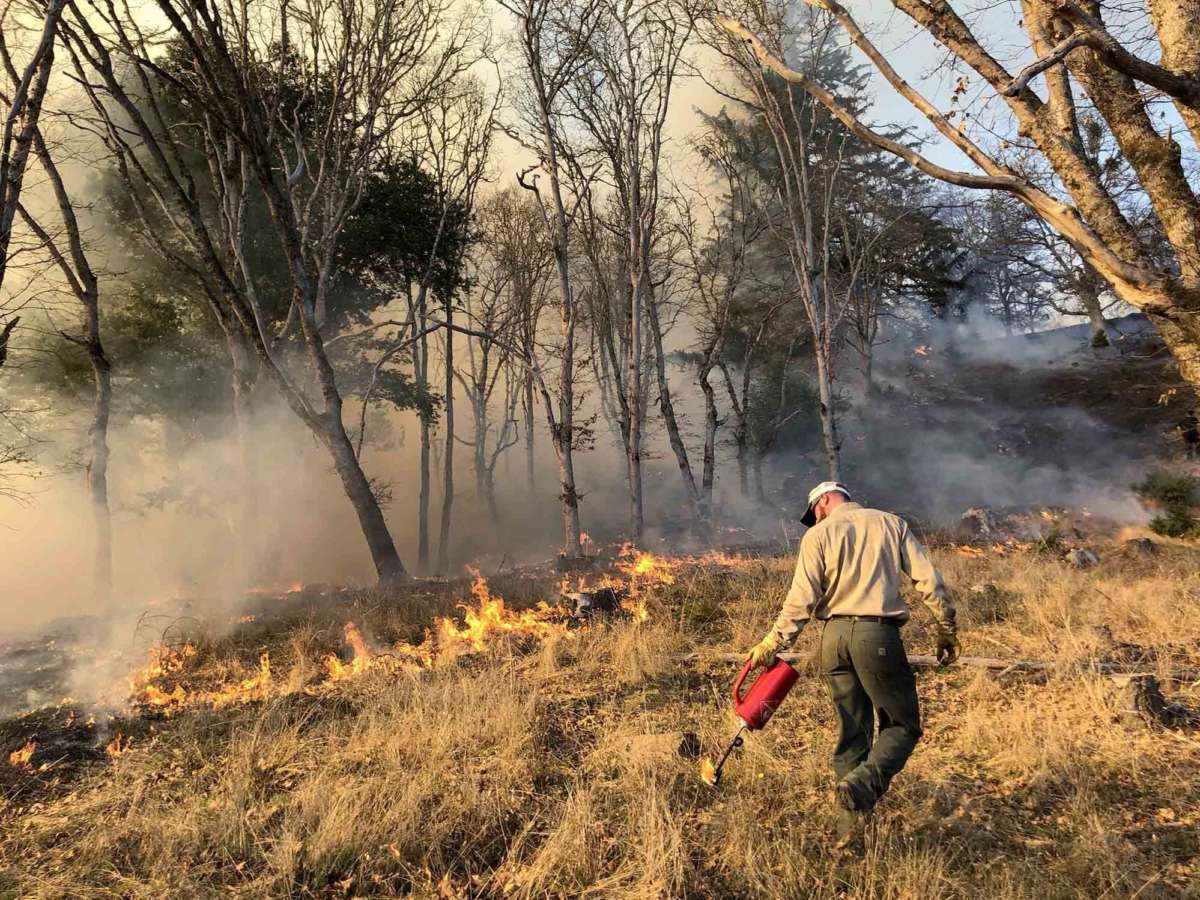 Prescribed burns, like this one in Humboldt County, Calif., reduce the underbrush without destroying trees.

In early May, flames began to spread through a pine forest, consuming a dense carpet of leaves and underbrush. The burn was the definition of a “good fire,” intentionally ignited to clear vegetation that could fuel future infernos.

It happened in the state leading the nation in controlled burns: Florida.

As Western states contend with increasingly catastrophic wildfires, some are looking to the Southeastern U.S., where prescribed fire is widespread thanks to policies put in place decades ago. From 1998 to 2018, 70% of all controlled burning in the country was in the Southeast.

While a continent apart, both regions have a similar need for fire. For thousands of years, forests and woodlands experienced regular burning, both sparked by lightning and used by Native American tribes, which prevented the build up of flammable growth. Without fire, the landscape is prone to intense, potentially devastating wildfires.

Despite that risk, Western states have struggled to expand the use of controlled burns. This month, the U.S. Forest Service suspended them due to the extensive fires burning in record-dry conditions.

Now, several Western states are moving to adopt the fire policies pioneered by Florida and other Southern states as a hedge against the future. They include training problems for burn leaders and providing liability protection for them. The bigger challenge is changing the culture around fire, so that residents know that tolerating a little smoke from good fires can help stop the destructive blazes that cloud the air for weeks.

“We have this generational gap in fire knowledge in the Western U.S. that we’re trying to rebuild now,” says Lenya Quinn-Davison, a fire advisor for the University of California Cooperative Extension. “But Florida and the Southeast still have it.”

How good fire became routine in the South

Low-intensity fires were once common across the U.S.. Tribes would burn woodlands to encourage plant growth, improve food and weaving resources, and attract game. In the fast-growing forests of the Southeast, fires would happen every few years.

After colonization, some settlers in the Southeast adopted similar burning practices on lands taken from tribes. But by the early 1900s, the era of fire suppression began. Burning was seen as a threat to timber harvests. The U.S. Forest Service implemented an edict to extinguish all fires. On billboards and in ads, Smokey Bear spread the idea that fire was the enemy.

By the 1960s, land managers realized that many landscapes had become choked with brush, grasses, and small trees. In the Southeast, where the majority of land is privately owned, some residents had continued controlled burning and wanted to see the practice grow.

“We’re here since the 1800s, my family has been,” says Frank Riley, executive director of the Chestatee Chattahoochee Resource Conservation and Development Commission, a non-profit in Demorest, Georgia that works on land management. “They used to light a fire and just let it burn till it quit, wherever over yonder it quit. Because it kept the forest open. The deer had something to eat. The cattle back then had something to eat because it burned all the briars and bushes.”

In 1990, Florida passed a law to encourage prescribed burns, recognizing that the state would lose significant biodiversity without it. After firestorms in 1998 that burned almost 500,000 acres, the law was strengthened.

Florida set up a certification system for burn managers, also known as “burn bosses,” requiring candidates to get special training on weather and landscape conditions for safe burning. With that certification, burners are protected from liability lawsuits in the rare event a burn gets out of control, unless it’s shown there was “gross negligence” on their part.

In total, 11 Southern states have burn manager certification programs. As a result, controlled burning has become part of the social fabric.

“The city embraces the natural areas that surround it,” says Morgan Varner, director of fire research at Tall Timbers, a research station and land conservancy in Tallahassee, Florida. “They love the green space and they associate that with the burning that takes place. So there’s a bit of a social license that has to be reborn or restored in the rest of the country that’s really not present.”

Varner says many private landowners burn every other year, usually in the spring. As long as the weather and wind conditions are safe, burn bosses can get a required permit in 15 minutes over the phone. In Western states, prescribed burn planning can take weeks or even months in some places.

“People don’t just accept it there — they look for it,” says Crystal Kolden, a fire scientist at the University of California Merced. “They demand it, because they know how important it is for maintaining those landscapes.”

Western states have a long way to go

Florida has done prescribed burns on more than 1.6 million acres so far this year. California has only burned around 35,000 acres. The state is 2.5 times larger than Florida.

California recently signed an agreement with the U.S. Forest Service to reduce vegetation on 1 million acres of public lands, but the goal is still out of reach. Experts estimate that tens of millions of acres need addressing statewide, but lack of funding, personnel and political will has limited the work on public lands.

About half of California is privately-owned, but landowners have had little support from public agencies to conduct burns on their property. Permits from fire fighting agencies and air quality regulators can be cumbersome to secure.

“It’s very important that we have private landowners and community groups involved because they are managing and taking care of the lands around our towns and communities,” Quinn-Davidson says. “They’re critical in this larger vision of California living with fire.”

While federal and state firefighters are protected from liability claims for prescribing burning, most burn bosses on private land are unable to get insurance to protect themselves.

“When I go out and I burn, I have no liability protection,” Quinn-Davidson says. “I’m assuming full responsibility for those projects. And most of the time, we’re doing those projects for public benefit, to reduce wildfire risk, to restore habitat, for cultural reasons.”

California legislators are currently considering a bill that would protect burners from being charged for the firefighting resources that would be needed if a burn escapes.

An earlier version of the bill would have copied laws from Southeastern states, protecting burners from civil liability, too, unless they were grossly negligent. After opposition from the insurance industry, that provision was removed. While rare, some prescribed burns have escaped and burned into developed areas, threatening or even destroying homes.

Other Western states are beginning to move in the same direction. In March, New Mexico passed a law limiting liability for prescribed burning and establishing a burn boss training program. Oregon passed a bill in July that also establishes its first burn boss certification, as well as a bill that directs agencies to study issues around liability.

At the federal level, several Democratic senators are hoping to help states with added funding from the National Prescribed Fire Act of 2021, which would provide $300 million for federal agency burns, if passed.

While Western states have a long way to go, some experts say the resurgence of burning has already begun, led by communities and Native American tribes.

“California is, in some ways, in the dark ages with prescribed fire,” Varner says. “But they’re in a time now, a special time, that they can go from number 49 in the country to number 1.”