Legislative Preview 2019, Part 1: To Smoke, Or Not To Smoke Marijuana. That’s The Question For Florida Lawmakers 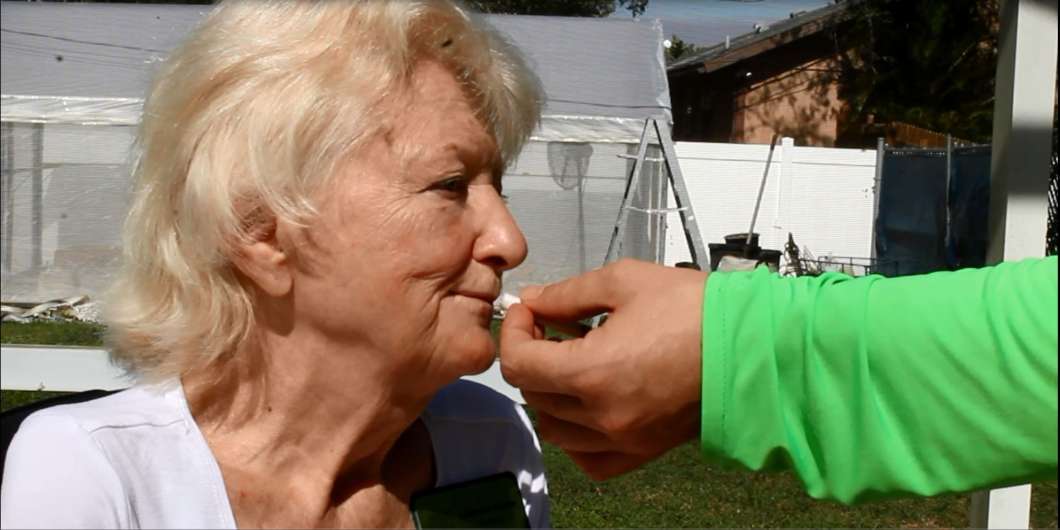 Cathy Jordan sued to allow smokeable medical marijuana in Florida. A judge, and then Gov. Ron Desantis agreed. Now Florida legislators have to decide the next steps.

If you want to know why Gov. Ron DeSantis wants to allow patients to smoke medical marijuana, you need to meet Cathy Jordan.

She’s in her 60s. Rail thin, with white hair. When she was in her 30s, she was diagnosed with ALS, or Lou Gherig’s disease.

Typically, patients die within three to five years of that diagnosis. Jordan didn’t want to wait. She planned to overdose.

“I came here to save up my pills, go ahead and end my life,” Jordan said.

Instead, Jordan started smoking marijuana. She credits that with slowing down the progression of her disease.

On a hot February afternoon, Jordan sits in her wheelchair by the pool of her Manatee County home. Her caretaker lights a joint and puts it to her lips.

She’s one of only a few people in Florida who can legally smoke marijuana because of medical necessity. Smoking marijuana makes her cough, which helps her clear her secretions and keep her from getting pneumonia. Cotton mouth is another plus.

Jordan was fighting for smokeable medical marijuana before Amendment 2 was on the ballot. After it passed, the Florida Legislature passed a bill that allowed vaping of processed cannabis, but not the smoking of the whole plant.

Jordan sued, arguing that voters knew that they were voting to allow smokeable medical marijuana. Polls suggest Jordan is right. St. Pete Polls asked more than 1,700 Florida voters if they believed patients should be able to smoke medical marijuana – and 65 percent said yes.

A judge ruled that Floridians have a constitutional right to smoke medical marijuana.

“The court finds that the statute is invalid because it conflicts with the Florida Constitution and prohibits a use of medical marijuana that is permitted by the amendment: Smoking in private,” wrote Circuit Court Judge Karen Gievers.

Jordan’s lawsuit was bankrolled by Orlando trial attorney John Morgan, who has the loudest voice and the deepest pockets for Florida’s medical marijuana amendment. In January of this year, Florida’s new governor stood next to Morgan in Orlando to announce his support of smoking.

He gave the Florida Legislature until March 15th to pass a bill allowing it- or he would reverse course from Former Gov. Rick Scott and abandon the lawsuit, and allow the ruling to stand.

“I think that’s good incentive for the Legislature to get this right,” DeSantis said. “And if they’re not able to do it, then we’ll have to try and bring this to a conclusion.”

But conclusions are never that cut and dry in Tallahassee. A bill to allow smokable marijuana s caused some senators fear it would be a backdoor legalization of recreational marijuana.

Republican Senator Gayle Harrell has proposed changes, like requiring two doctors sign off on patients under 18. She says there isn’t enough research on the safety of smoking marijuana.

“Until we do that and have those studies that say this is really not a problem, than I think this is a legitimate safeguard we’re putting in place to protect our patients,” Harrell said.

Bill Sponsor Senator Jeff Brandes is not happy with the changes. He said if the bill is too restrictive, that could put lawmakers back in court.

“I know that my bill will not make it to the senate floor because I won’t sponsor it if it doesn’t have significant changes that go forward,” Brandes said. “So I have no problem pulling my own legislation.”