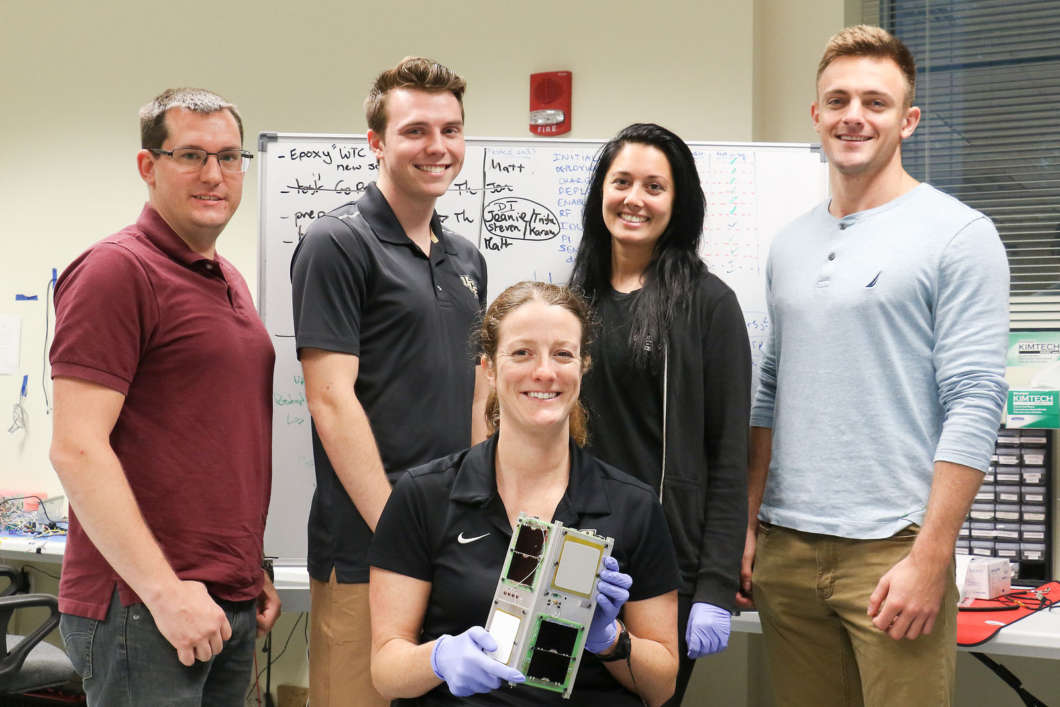 A Delta II rocket is set to launch a NASA satellite from Vandenberg Air Force Station in California Saturday and a tiny satellite from UCF is hitching a ride.

It’s called SurfSat and it’s a tiny satellite about the size of a loaf of bread heading into orbit.

On board, an experiment that could help future satellites in space. UCF planetary scientist Addie Dove says charged particles can build up on surfaces of spacecraft, kind of like static electricity here on earth, and damage the components.

“We’re trying to understand how that happens on certain spacecraft surfaces, and how we can understand it better so we can avoid that in the future,” said Dove.

The satellite, called a CubeSat, was built by UCF faculty and students. “Students were involved with the original conception and the design and all of the building of it,” said Dove. “It was really built mostly by students and almost from scratch here at UCF.”

The university’s radio club also built a ground station on campus to communicate with the satellite once it is operational. It will phone home about twice a day.

SurfSat is a secondary payload, filling extra space on a launch coordinated by NASA. It is one of four tiny CubeSats hitching a ride.  The space agency’s primary payload is ICESat-2, a satellite that will observe the earth’s ice sheets.

The satellites are heading to space thanks to ULA’s Delta II rocket. Saturday’s launch will be the final blast off of the Delta II. The 40-minute launch window opens at 5:46 a.m. P and weather remains favorable.