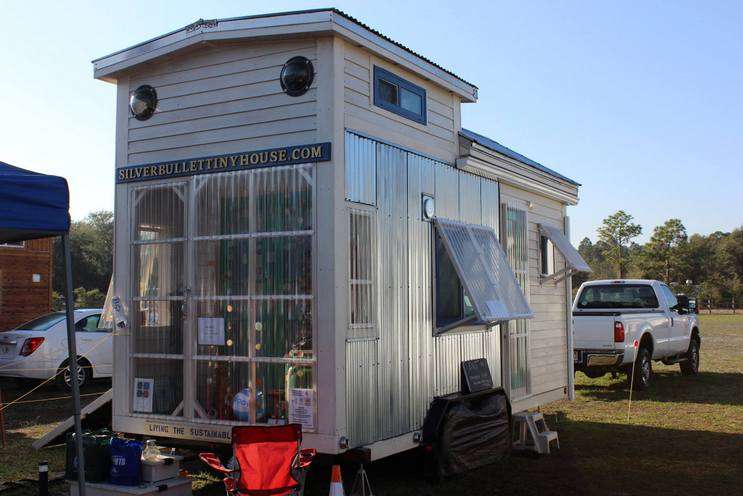 With the profusion of books, websites and TV shows dedicated to the trend, “What’s a tiny house?” isn’t a question heard very often these days.

For the record, a tiny house is generally defined as a livable structure under 500 square feet, about the size of a two-car garage, or one-fifth the size of the average U.S. home. More than 30,000 people attended the first Florida Tiny House Festival at the St. John’s County Fairgrounds in November, proving that this is not just a fad—it’s a movement.

And movement is a big part of it, since most tiny homes are on wheels. Unless it’s an accessory structure on a lot already occupied by a house, in Orlando, the smallest you can build is 700 feet—still fairly small but not a true tiny house. But if it fits on a flatbed trailer, your tiny house can go into an RV park, where building codes regarding size and accessibility are not as stringent.

Besides independence of motion, tiny houses offer other benefits: Not only are they cheaper, energy costs are lower, solar energy is attainable on a smaller budget, and the hours once spent on and cleaning and repair are reduced. Tiny homes represent an option for people who want to live more outside their homes than within them, and invest value in experiences rather than stuff.

As the average size of the American home rises steadily, these proponents of living small are embracing big ideas.