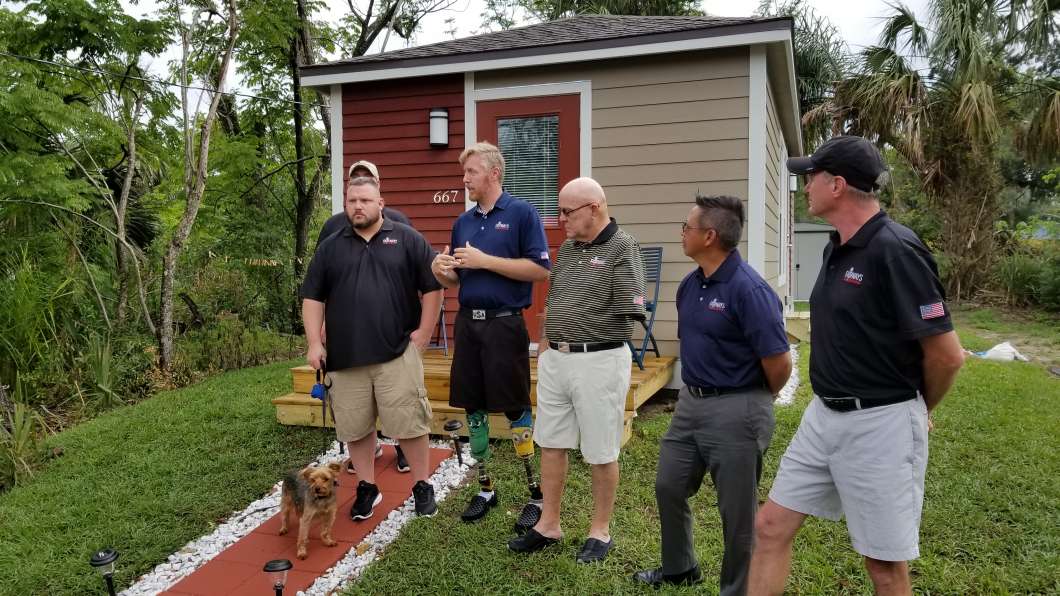 Banach joined the marines in 2004 and suffered injuries after encountering an improvised explosive device.

His need for a home was met when more than 30 veterans volunteered to help build his home. It is a 360 square foot home for him and his service dog. Banach will only have to pay a small mortgage.

Owner of Cornerstone Tiny Homes Brett Hiltbrand said that he was honored to help with building the home for Banach. He said that his father was a veteran and he had been wanting to do something special to honor veterans.

“It’s really cool when you see what veterans can do for each other,” Hiltbrand said. “It kind of makes you wonder why more people don’t do this type of thing.”