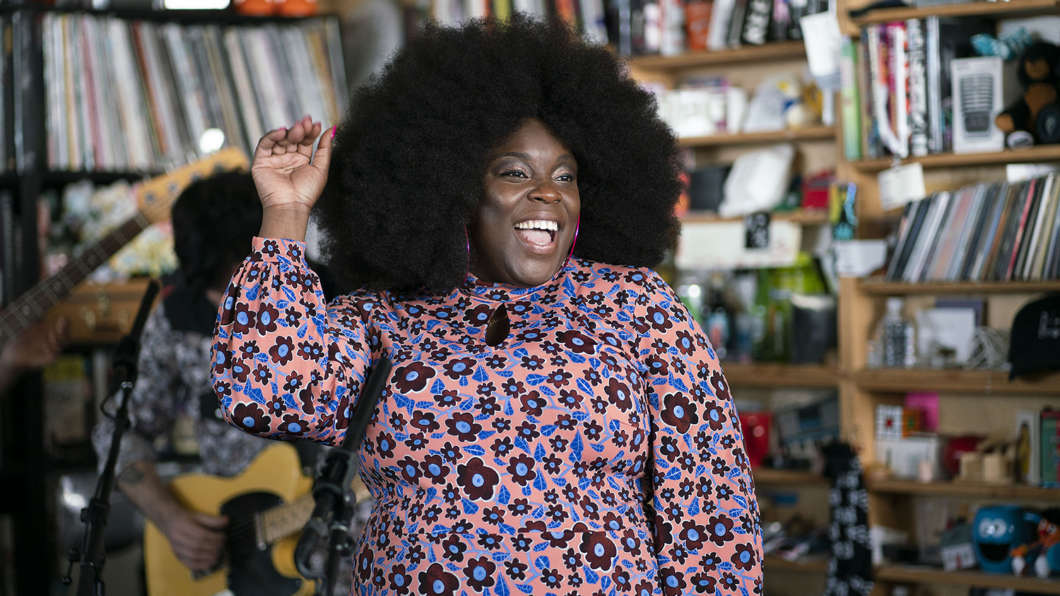 With her bouncy Afro and a big smile, Yola‘s presence behind the Tiny Desk was commanding, her energy captivating and, oh, that voice! I first saw Yola, then known as Yola Carter, in 2016 in Nashville, during AmericanaFest. Her soulful sound needed little amplification and, with her classic R&B swagger, I assumed her background was as a southern gospel singer, until she spoke. Her British accent was a shocker.

But Yola’s affection for American music, from Dolly Parton to Aretha Franklin, is at the center of her character and expression. It’s likely one of the reasons she chose to write and record her debut album, Walk Through Fire, at Dan Auerbach’s Easy Eye Sound Studio in Nashville, and why it was such a perfect fit for her.

Now this singer from Bristol, who once sang backup for Massive Attack, Iggy Azalea and The Chemical Brothers, is front-and-center and up for four Grammy awards in 2020, including Best New Artist. At this Tiny Desk Concert, you’ll hear why.