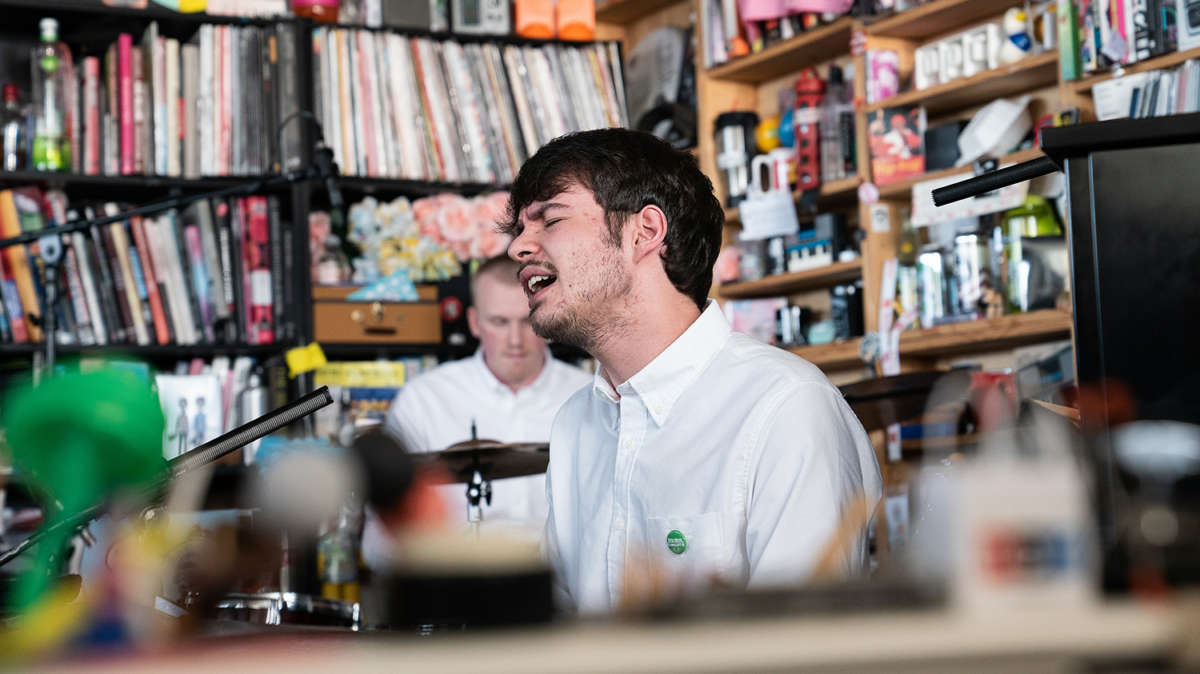 Rex Orange County, the low-key British pop star born Alex O’Connor, frames his emotions and struggles in a way that appears simple and linear at first. It’s only after a few listens that you realize that most of us are incapable of the courage he demonstrates behind the microphone. The crowd of millennial and Gen Z staffers that gathered early for Rex’s soundcheck at the Tiny Desk certainly appreciated that fact. There was a palpable connection between the 21-year-old singer and his fans that I don’t see often at this stage in a musician’s career. My guess is that they see themselves in him: introverted and shy, with the audacity to write and sing about his innermost thoughts.

The first time I saw Rex Orange County perform live was at the very small U Street Music Hall in Washington, D.C., in 2018 while he was supporting his second album, 2017s Apricot Princess. Luckily, I was familiar with the music; otherwise, I wouldn’t have made out a word of what he was saying over the onslaught of screams by 500 fans. Astonishingly, less than two years later, he was playing the 6,000-seat Anthem, where the screams were no match for that soundsystem. We’re in an age where young people are uninhibited and unafraid to address emotions, simple or complex. In that sense, his latest LP, Pony, is timely. He spoke with NPR and shared that he was incredibly unhealthy mentally throughout the making of the album. But there’s an arch to Pony and by the time we get to the final song, “It’s Not The Same Anymore,” he seems at peace with his new reality.

The entire band was eager, yet nervous during that soundcheck … that is, until they felt the reaction of the onlookers. They quickly broke to the green room to steam their fresh white button-down shirts, which they purchased at the train station before they arrived. Rex pinned on a Tiny Desk button and was ready to perform a four-song set that included two highlights from Pony and two personal favorites of mine.