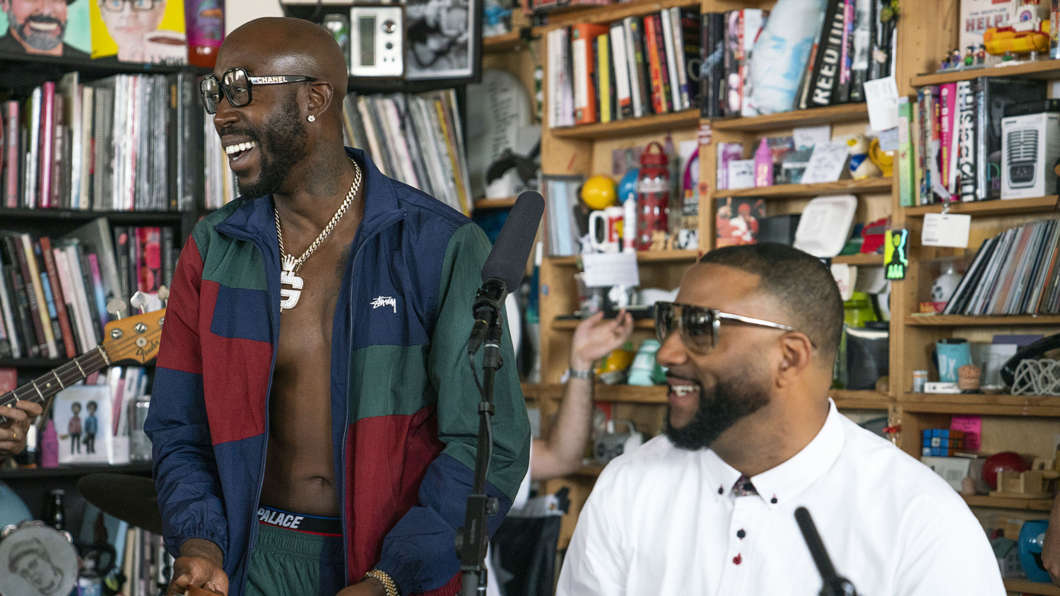 This Freddie Gibbs and Madlib Tiny Desk performance was a year in the making, largely because Madlib insisted on playing with El Michels Affair, a vintage funk and soul band based out of New York. But it was worth the wait. When pianist Marco Benevento opened with a delicate, almost jazzy run, it created the perfect opening — and juxtaposition — for hard-hitting emcee, Gibbs to jump in and ride the hell out of that beat.

From the moment they launched into “Education,” a cut off the latest MadGibbs project Bandana, it was obvious Gibbs has spent countless hours honing his style. Meanwhile, Madlib, an enigmatic and reclusive producer known for his analog head-nodders, brought along a small thunder tube and vintage electric bongos circa 1960. Just getting a chance to see him ignited excitement in the NPR crowd.

But the conclusive jam in this killer set was “Freestyle S***,” a track that drips with the smoothness of satin and swagger of the seventies. It and the rest of the set elevated the room for both longtime purists and new fans alike. But the way Gibbs emphatically showed his love for Madlib was just as beautiful to witness. There’s little doubt about their deep admiration and appreciation for each other. It was hands down, for me, the best Tiny Desk of the year.