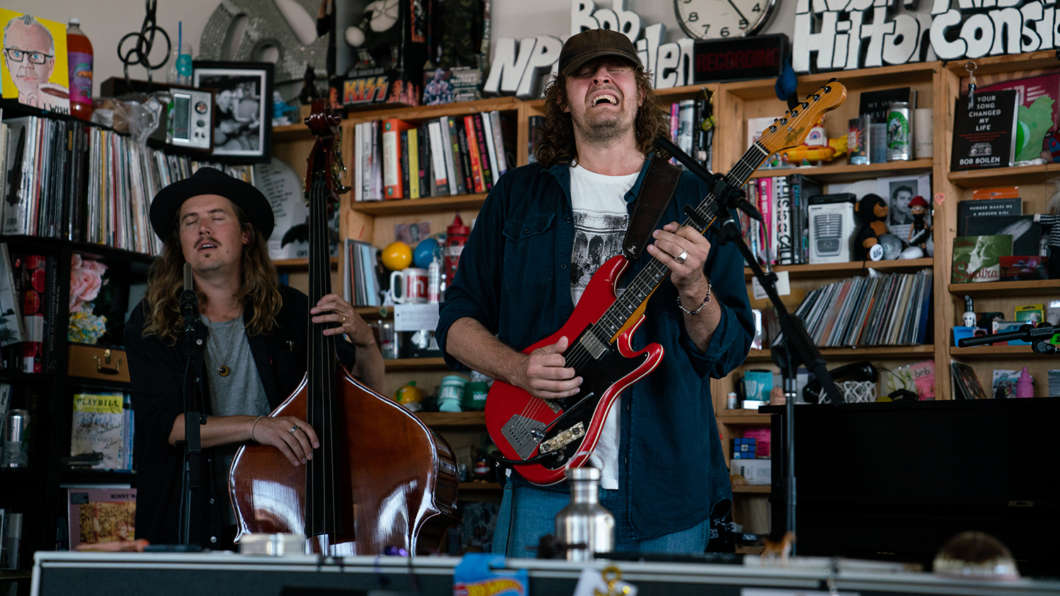 I’ve got to wonder just what Daniel Norgren remembers of his performance at the Tiny Desk. For almost the entirety of his blissful performance, the bluesy Swedish musician kept his eyes tightly shut, as he seemed to tap into old souls to help conjure his tunes. He and his band play music steeped in American roots music, and his delivery recalls the way the Irish singer Van Morrison voices his soulful sounds. I can hear a Southern drawl in these slow, mournful songs.

Daniel Norgren has been self-releasing his analog recordings for nearly a dozen years. At the Tiny Desk, he and his band sampled music from three different records — the oldest of which, “Moonshine Got Me,” comes from his 2011 EP Black Vultures. His body sways and writhes as he and his band create a dream state calming enough to slow the day’s hectic pace to a crawl. Take a seat on a comfy couch and have a listen.