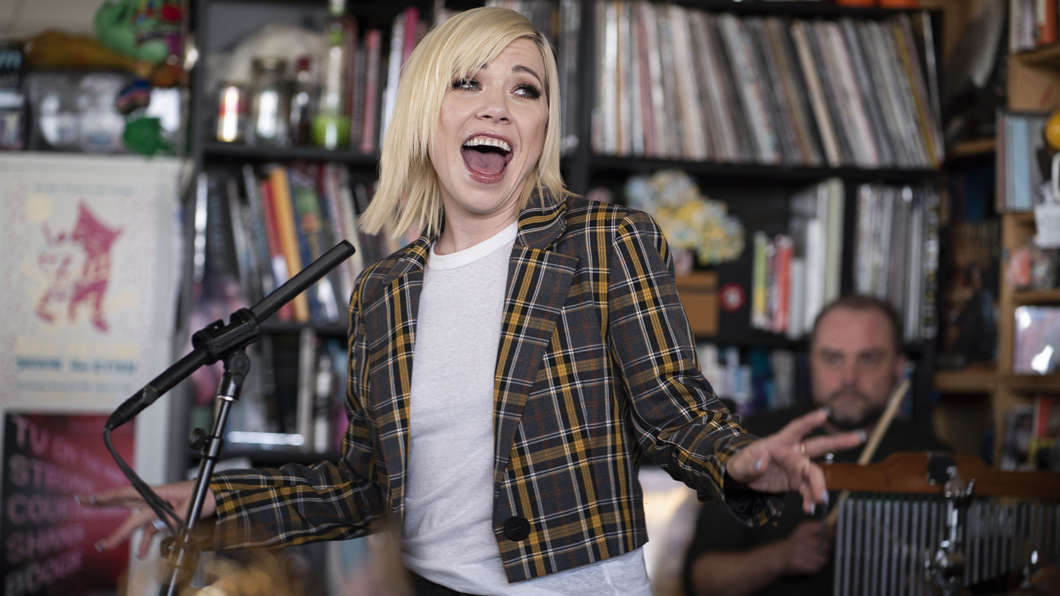 From the moment Carly Rae Jepsen arrived at NPR HQ for her Tiny Desk concert, she brought an obvious sense of joy. Take, for example, her sound check: Working with her band of longtime collaborators, she seemed downright delighted, beaming at the musicians as she gave notes after each meticulous run-through. It’s that attention to detail that has helped build her a devoted fan base ready to make memes of her every move.

Her performance was a long time coming: In 2012, Jepsen’s No. 1 hit “Call Me Maybe” was inescapable, and her 2015 album, E-MO-TION, made her a critical darling. An extremely high proportion of NPR employees also happen to be fans of the pop star; despite the nonstop impeachment hearing coverage happening just down the hall, Jepsen commanded a considerable and captivated crowd at the Tiny Desk.

For the performance, Jepsen and her band played three songs from her latest album, Dedicated, modulating the album’s sparkling pop-disco vibe to fit our sun-filled office. From the smiling swagger of “Want You in My Room” to the head rush of a new crush on “Now That I Found You” to “The Sound,” Jepsen and her band even shared a few laughs during the set — and the whole crowd left smiling a little bit bigger.