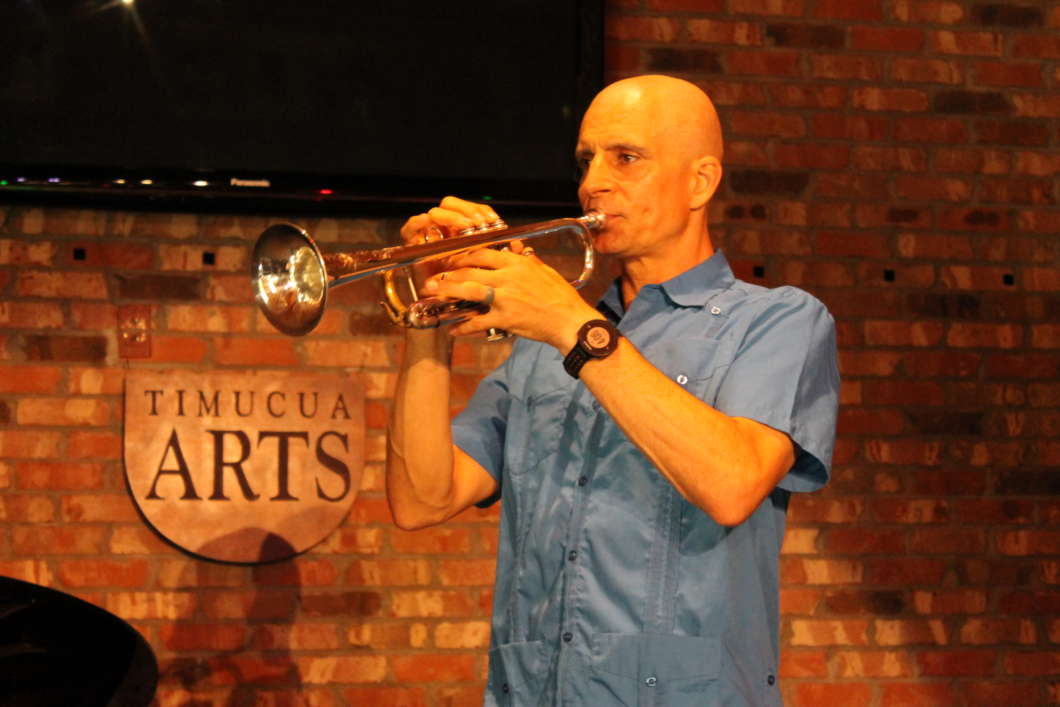 Benoit Glazer warms up on the stage of his home concert venue at the Timucua Arts Foundation in Orlando. Photo: Matthew Peddie, WMFE

The waiting list for artists to perform at the concert venue is growing rapidly, with some guests even booking events throughout 2021.

Glazer, co-founder of the Timucua Arts Foundation, says the venue continues to grow more popular as word of mouth and coverage by national and international media outlets about its one-of-a-kind concert experience increases.

“I performed a lot throughout Europe in the late 80s and 90s, but no situation was exactly like ours,” Glazer says. “And we’re told every time … over and over, people tell us that this is a unique place, and so I’m starting to believe it.”

Glazer says the White House grew from a hobby to a full-time opportunity for him to create a concert space that displays his acute attention to detail.

“This represents my wife and I’s entire life savings, of course, to design a place that was well-suited for chamber arts in general,” he says.

Glazer now has plans to expand the Timucua Arts Foundation with a solar-powered floating concert hall. The hall would allow passengers to board the boat at a public pier or dock to enjoy performances. Upon completing an endowment to ensure the sustainability of the foundation, Glazer says he plans to raise the money for the new expenditure, nicknamed “Benoit’s Arc.”

“It’s a very cool and sustainable project, environmentally as well as, I think, economically and culturally,” he says.

“Even though there might be a big, huge shiny building nearby, we’re gonna be able to basically attract a different kind of people because we’re making it accessible to all.”

This interview first aired on Intersection in April 2019