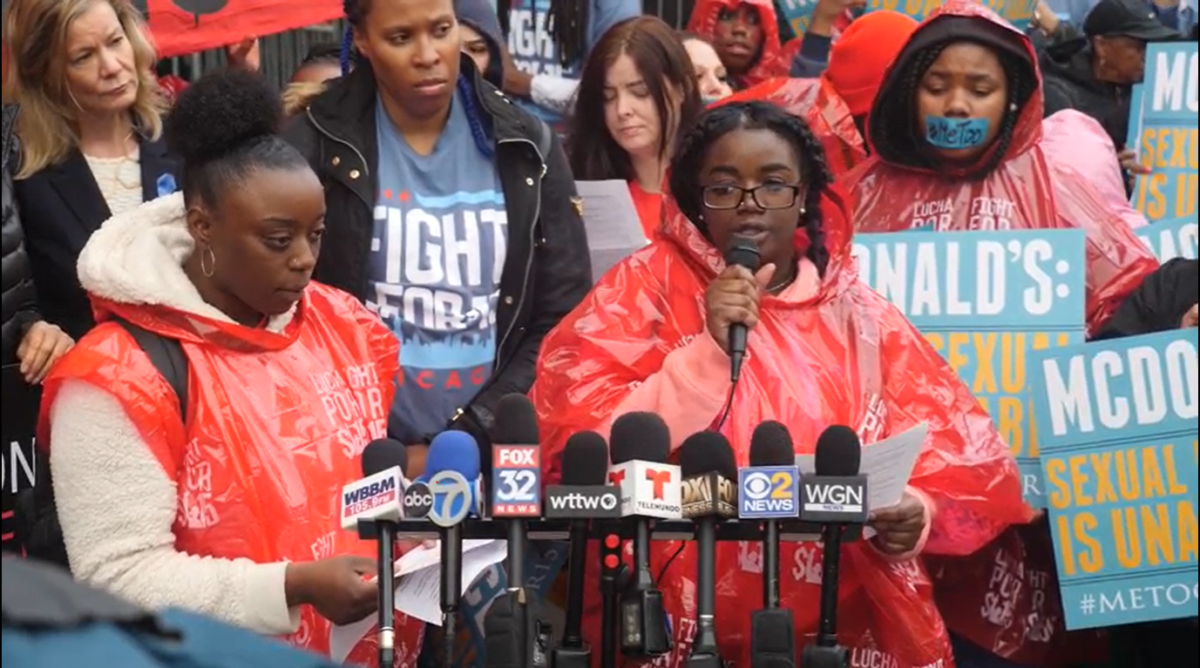 Jamelia Fairley speaks at a rally in 2019. Fairley is one of two employees at a Sanford McDonald's who are at the heart of a $500 million dollar sexual harassment class-action lawsuit. (Courtesy Fight for $15)

McDonald’s is facing a $500 million sexual harassment class-action lawsuit against its corporate-owned stores in Florida.

McDonald’s restaurants are commonly owned by franchisees, but the corporate chain directly owns more than 100 restaurants in Florida – the most in any state. McDonald’s has faced dozens of civil lawsuits, federal lawsuits and equal employment opportunity complaints in recent years because of sexual harassment.

The lawsuit was filed April 10 in the U.S. District Court for the Northern District of Illinois. Check here to read the lawsuit.

The class-action lawsuit centers on the experiences of two employees at a Sanford McDonald’s. One alleges her hours were cut, while another said she was fired for reporting the harassment. They say one of the abusers was transferred to a different store.

Ashley Reddick said a coworker would make sexual comments, showed her explicit pictures of himself and touched her inappropriately. Then, after she had reported it to her manager, he followed her into the bathroom and propositioned her.

“Survivors want McDonald’s to know we won’t stop speaking out,” Reddick said on a conference call with reporters Monday. “This is something we carry no matter what else is going on in this world, no matter what challenges we’re facing. McDonald’s needs to listen to its workers and let us lead. Time’s up McDonalds.”

Jamelia Fairley said a coworker would make sexual comments, pinch her and at one point dry-humped her in front of other employees. A different employee asked to pay her to have sex with her one-year-old child.

“As a result of speaking out, my hours were cut, making it almost impossible to support my daughter,” Fairley said. “Try raising a toddler on a paycheck of $67 dollars a week.”

“McDonald’s has always been committed to ensuring that our employees are able to work in an environment that is free from all forms of discrimination and harassment. McDonald’s is demonstrating its continued commitment to this issue through the implementation of Safe and Respectful Workplace Training in 100% of our corporate-owned restaurants and encourages our franchisees to do the same. The plaintiffs’ allegations of harassment and retaliation were investigated as soon as they were brought to our attention, and we will likewise investigate the new allegations that they have raised in their complaint.”