Tiffany Haddish Stays Busy: ‘I Want to See Our Stories’

Tuesday, July 6, 2021 by It's Been a Minute With Sam Sanders (NPR)
ShareTweet 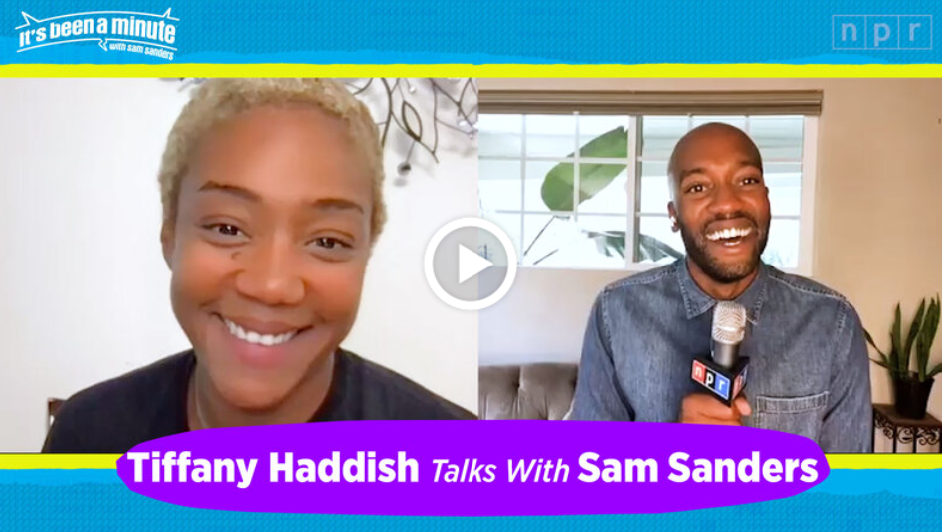 Early in her pursuit of becoming a professional comedian, Tiffany Haddish found herself living out of her car. It was a rough situation, but the Los Angeles native figured that if she had to do it, she might as well do it in Beverly Hills.

It wasn’t the first time that the 41-year old actress, host and producer had faced adversity in her life. Haddish spent a large part of her childhood in the foster care system and learned to adapt to the adversity she faced. One strategy was focusing on her community.

That network of support allowed Haddish to get back on her feet. It came in a gift of $300 given to her by friend and fellow comedian Kevin Hart to get a hotel for the week. He told her to write a list of goals, and work towards them every day.

She settled with an hourly motel that gave her a place to shower, write and recoup. Then it was back to the car. But the opportunity marked a shift for Haddish. After that, she says, “everything started to come through. Stuff started happening.”

Haddish could practically be living in a different world now. She was a standout cast-member in Eric Andre’s wildly successful prank film, Bad Trip. She voices a very confident toucan in the animated series Tuca & Bertie, which recently returned for a second season on Adult Swim. Haddish also won a Grammy this past year for best comedy album for her special Black Mitzvah, a category that hadn’t awarded another Black woman since Whoopi Golderberg’s win in 1986. The list of Haddish’s projects seems endless, and so do her plans for her future.

Haddish has set a goal for her career: to make 80 films by the time she turns 50-years-old. While her passion for the craft is a motivating factor, she also cites a desire to give back.

Haddish didn’t always want to share her wish to create more opportunities for Black people out loud. “I was scared to be like, I want to give people jobs, I want to see us working, I want to see our stories,” she says. “[They] try to put this idea in your mind that the white man upstairs, the man upstairs is gonna block you, he’s gonna keep you … and what I realized is there’s nobody blocking you but you.”

Tiffany Haddish talked with NPR’s Sam Sanders for It’s Been A Minute about where her drive comes from, shared wild celebrity stories (hint: one involves Nicolas Cage) and reflected on life before fame, which included a 30-day stint as a sex-hotline operator. One of her major takeaways? “Men are disgusting!”

This episode of ‘It’s Been a Minute’ was produced by Andrea Gutierrez and edited by Jordana Hochman. Manuela López Restrepo adapted this interview for web. Special thanks to Tsering Bista, Nickolai Hammar and Nick Michael of the video team. You can follow us on Twitter @NPRItsBeenAMin and email us at samsanders@npr.org.