Three’s company: A man sticks out the pandemic with his ex-wife and his mother 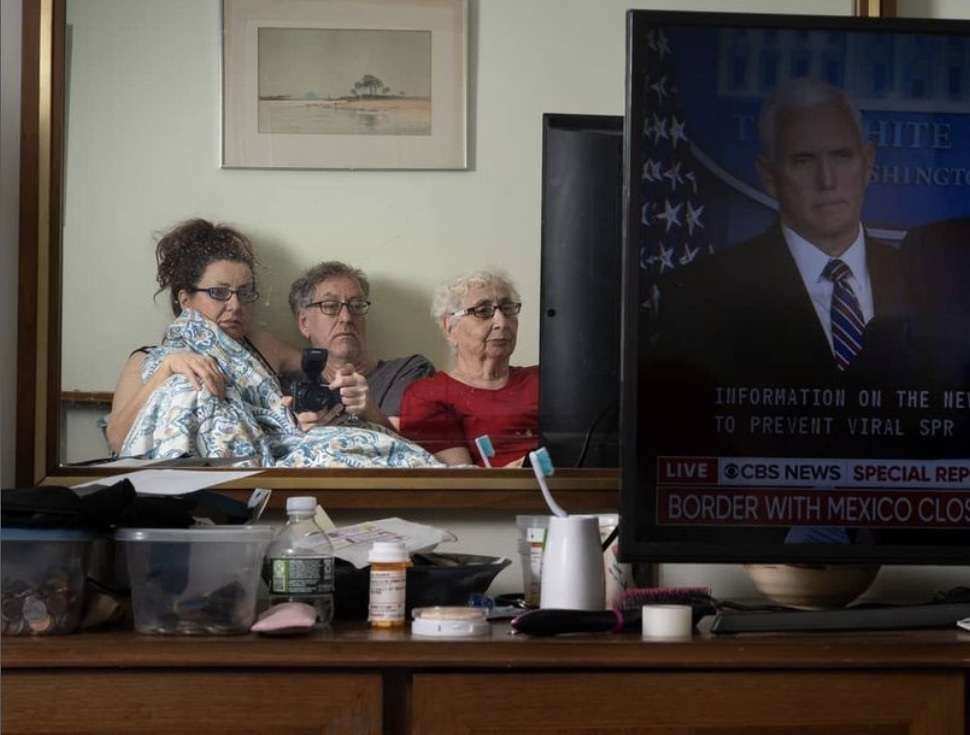 Sophia Lansky, Neil Kramer and Kramer's mother, Elaine, watch the news in March 2020, from their two-bedroom apartment in Queens.

A New Yorker sticks out a pandemic in a too-small apartment with his mother and ex-wife. Chaos ensues — or does it?

It may sound like a pitch for a sitcom, but Neil Kramer is living it. Kramer has spent the past two years living with his mom and his ex-wife in a two-bedroom, one-bathroom apartment in Queens.

Sophia Lansky, who’s been divorced from Kramer for more than a decade after their 15-year marriage, had asked her ex-husband if she could stay with him and his mother — who’d already been living there — for a couple of weeks after her roof collapsed in late 2019.

“I thought it was going to be for like a month,” Kramer said during a StoryCorps conversation with Lansky in November 2021.

Kramer gave his ex-wife his room; he slept on the pullout couch in the living room.

“We almost became dependent on each other for survival,” Kramer said.

“There have been moments when things were going on the news, when I would come in there at like 3 in the morning and we just would hug and watch with each other.”

On top of it all, Lansky, a court interpreter, and Kramer, a writer and photographer, have been working from their shared quarters since 2020.

Early on in the pandemic, Kramer began chronicling their odd living arrangements through a project, with staged pictures, as a coping mechanism and a way to tap into the humor and absurdity of their life at the time.

One of his photos depicts Kramer covered in bubbles while soaking in a bathtub while crowded by his two roommates.

“Most of our fights revolved around the lack of space,” he said. “I spent a lot of time in the bathtub just hanging out there.”

Kramer said his friends want to know: Are he and his ex-wife getting back together?

He and Lansky said they have no such plans.

Lansky said she sees her ex as less of a friend, and more like her family, “just not my husband.”

As the pandemic drags on, Lansky is trying to figure out her next move. Even when she feels ready to move into her own place, she said, Kramer will always be in her orbit.

If there’s one thing she takes away from their experience, she told him, it’s his kindness: “That’s what I loved about you in the first place.”

“What was so unique about the last almost two years was, there was really no one else,” Kramer said. “Even though we live in, you know, New York City, a city of how many millions –”

” — New York was a city of population three people,” Lansky cut in. “And I wouldn’t want to go through this experience without you.”