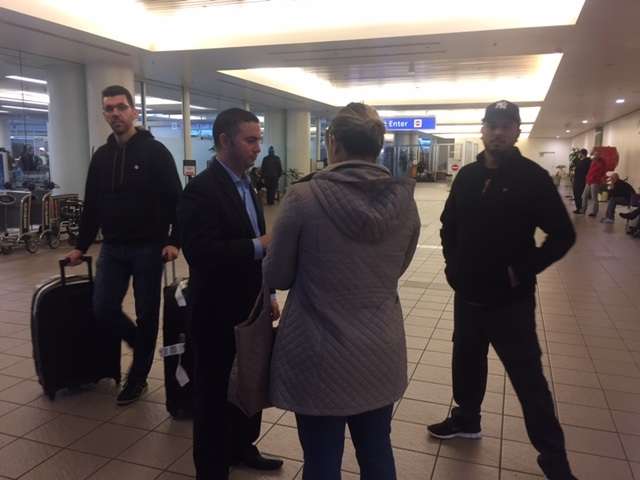 The effects of President Donald Trump’s travel ban were felt at the Orlando International Airport. Congressman Darren Soto said three travelers were held then released after arriving Sunday. Negin Alimohammadi said she has lived and worked in Orlando for six years. She flew in from Iran after visiting family.

Soto spent much of Sunday working to release the three travelers.

“You saw parents trying to visit their son. You saw a girl, local resident green card holder get caught up in all of this,” said Soto. “It was chaotic, uncertain and it just shows that this order needs to be struck down.”

The Orlando Sentinel reports 500 to 1,000 protesters gathered at the airport Sunday afternoon to rally against the president’s travel ban.