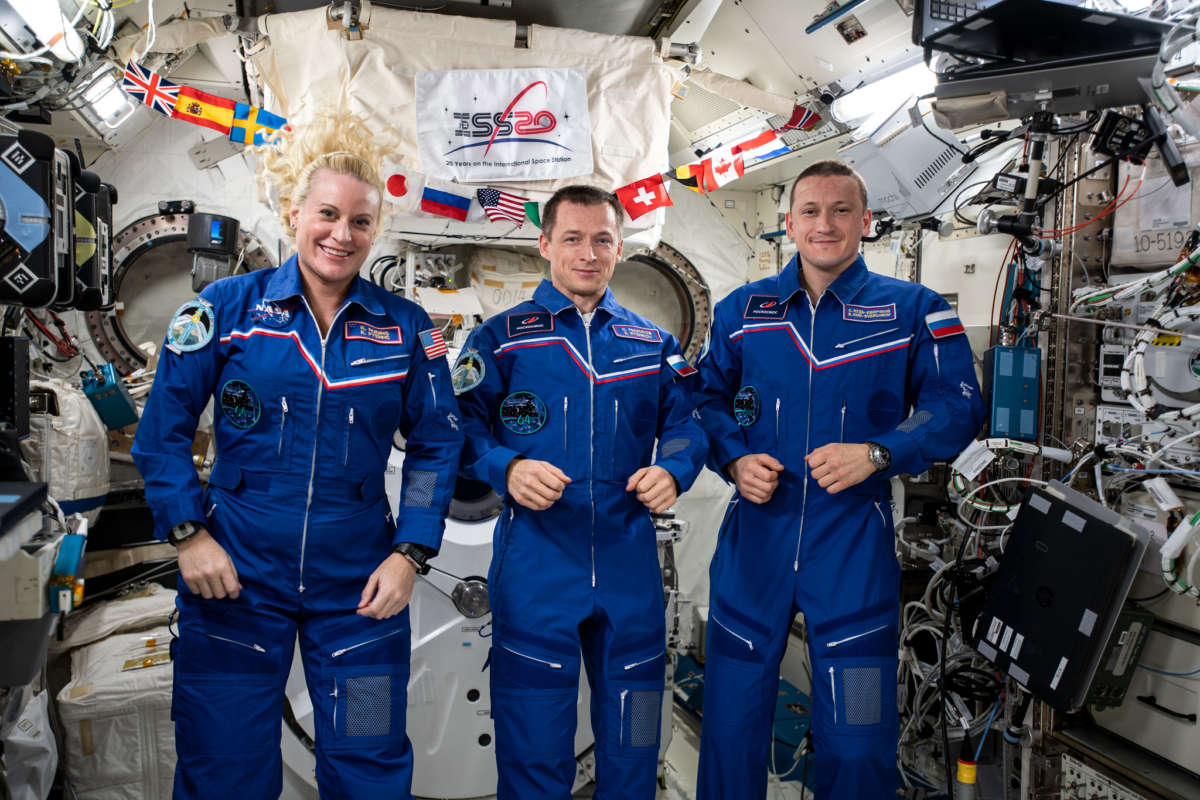 NASA’s Kate Rubins along with two Russian cosmonauts will head home in the Soyuz spacecraft that launched them to the station back in October. The capsule is set to touchdown in Kazakhstan Saturday morning.

The crew will close the hatch to the Soyuz MS-17 spacecraft Friday at 6:10 p.m. EDT to begin the journey back to Earth. The trio will undock from the space-facing port of the station’s Poisk module at 9:34 p.m., heading for a parachute-assisted landing at 12:56 a.m. (10:56 a.m. Kazakhstan time) Saturday, April 17.

NASA will broadcast the return on NASA TV and its YouTube channel.

Ahead of the departure, NASA’s Shannon Walker took command of the orbiting outpost Thursday. Walker launched to the station earlier this year from Kennedy Space Center on SpaceX’s Crew-1 mission, launching with three other astronauts on the company’s Crew Dragon capsule. She’ll remain on board until her return, scheduled for April 28.

With the crew’s departure, there will be 7 people on the station. Next week, a crew of four, including two NASA astronauts, a Japanese astronaut and French astronaut, will launch from Kennedy Space Center on SpaceX’s crew dragon capsule, bringing the crew count to 11.

Earlier this year, the space station marked 20 years of a continuous human presence.