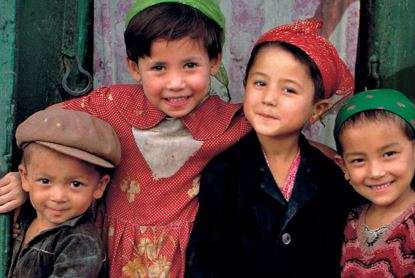 The International Child Care Conference is in its 13th year. Photo: CAFO.

More than two thousand researchers, foster parents, and non-profit leaders are in Orlando today and tomorrow to talk about child care. The Christian Alliance for Orphans (CAFO) is hosting the International Child Care Conference at First Baptist Church of Orlando. The event is expected to draw people from churches, foster agencies, and governments in 40 countries who will attend workshops on everything from how to adopt and care for a child to how to prevent child sex trafficking.

CAFO president Jedd Medefind says the conference, now in its 13th year, will focus on the government’s shifting role in handling kids without families.

“How do we transition from large orphanages, which in the past were often seen as more efficient because you could care for lots of kids at one time, towards family-based care or family-based settings where kids can really get the nurture that they need to thrive?” he asks.

“But they need love and support,” he adds. “Those are things government can never provide and so that’s why government absolutely has to pair with the caring individuals and community-based non-profits.”

According to the Department of Children and Families, Florida has more than 10,000 children eligible for foster care, and more than 700 are eligible for adoption.