This Winter Garden resident, mom of two says her heart can’t help but be in her homeland of Ukraine as Russians invade 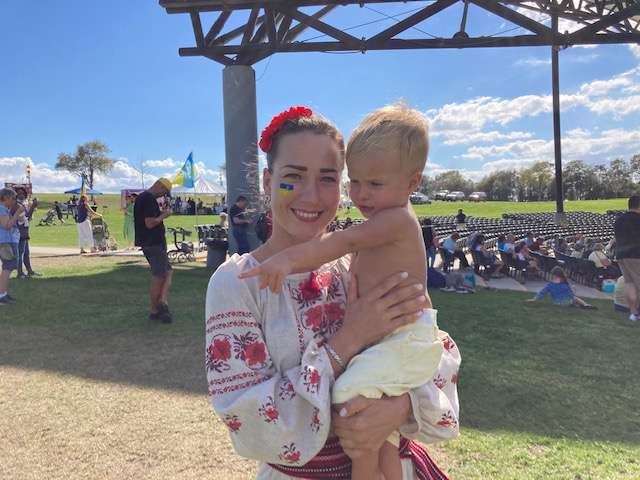 Hundreds of people came out to the Ukrainian festival in Apopka over the weekend to protest the Russian invasion of Ukraine.

As we watch from afar, our city stands in solidarity with the people of Ukraine and our community’s residents with Ukrainian roots. 🇺🇦 pic.twitter.com/8J8rmzRZXh

Festival goers waved the light blue and yellow flag of Ukraine and sang patriotic songs including the Ukrainian national anthem.

She has a message for Ukrainian soldiers defending their motherland.

“Thank you guys. Stay strong, stay safe and know that behind you we are. Ukrainian women, mothers, sisters, and your forever spouses, friends and supporters.”

Riabova says she has lived outside the country for eight years, but her heart is always in Ukraine with her mom who lives in Kyiv. While the city has been under attack, she says she’s been able to speak with her mother and grandmother to her two boys, 3 ½ and 1½ years old.

“I think that every woman comes to a point where her heart is where her family is, but at some point it overpowers so much when your own country is in danger. And in such a situation that, I love America, but Ukraine you’re my country forever. I love you guys. Stay strong. We’re with you here.”

Proceeds from the festival will be sent to support Ukrainian soldiers.