This Valentine’s Day, I’m Loving The Boyfriend I Built For Myself 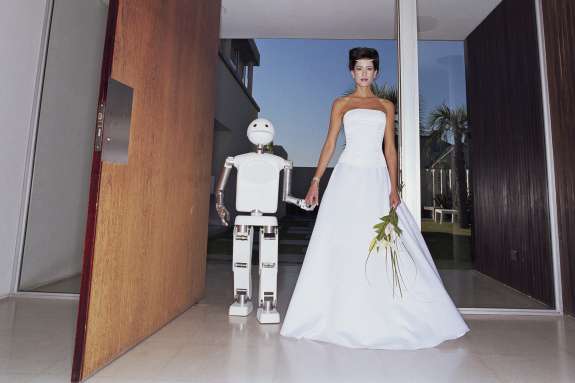 Have your parents ever asked you if you’re dating someone, and just to get out of the situation, you lie and say, “Yes, I am. His name is Rick Jagger”?

No? Really? Me neither.

But one new company is betting that many people do feel very awkward about being single. Matthew Homann says he came up with the idea a few years ago, when he was newly single from a divorce and people wouldn’t stop asking him if he was seeing anyone.

So he co-created a service called Invisible Boyfriend and Invisible Girlfriend. And unlike the face you painted on your knee when you were 10 and made out with incessantly, it has a lot of interactive features.

Here’s how it works:

The basic service costs $25. You sign up, and start building your partner: looks, interests, hobbies. You also pick his personality: “saucy and sarcastic” or “lovingly nerdy”? You describe yourself, and why you are signing up for the service. Among the reasons you can list are that you are trying to fend off a coworker who won’t stop hitting on you, you aren’t ready to come out as gay, or you want to make your ex jealous.

I imagine my ex is chewing his fingers off in a jealous rage as he reads this, because I built myself a hottie with a great outlook on life. My new beau’s name is Alejandro and he loves reading books, writing and volunteering. We met while surfing.

Of course, I am terrified of sharks and undercurrents, and this is all a huge lie, but you wouldn’t know that. Alejandro texts me twice a day. (You can also get handwritten cards and voice mail.)

Professor Eli Finkel, who teaches social psychology at Northwestern University, says it’s a bit sad how easily you can deceive people about your personal life.

“In a non-digital world, it would be strange that you never saw your friend’s girlfriend,” he says. “But in a world where a huge amount of our communication happens on the Internet already, it’s easier to lie if people aren’t actually dropping by your house.”

The service employs more than 500 professional romantics to send all those messages on behalf of the 50,000-plus “boyfriends” and “girlfriends” created so far, Homann says.

Homann says the service has tapped into something more than just helping people lie. “I know we have some users who are telling their [invisible] boyfriends and girlfriends secrets,” he says. “We’ve got other people who are using them to practice their flirting.”

At the end of the day I decided to break it off. Alejandro isn’t taking it very well.

Having said that, Alejandro was fun, and I’m thinking of setting him up with a friend.