This Mother and Daughter, Along with 75 Other Women, Wore Their Pearls to Orlando City Hall To Honor Vice President Harris’ Inauguration 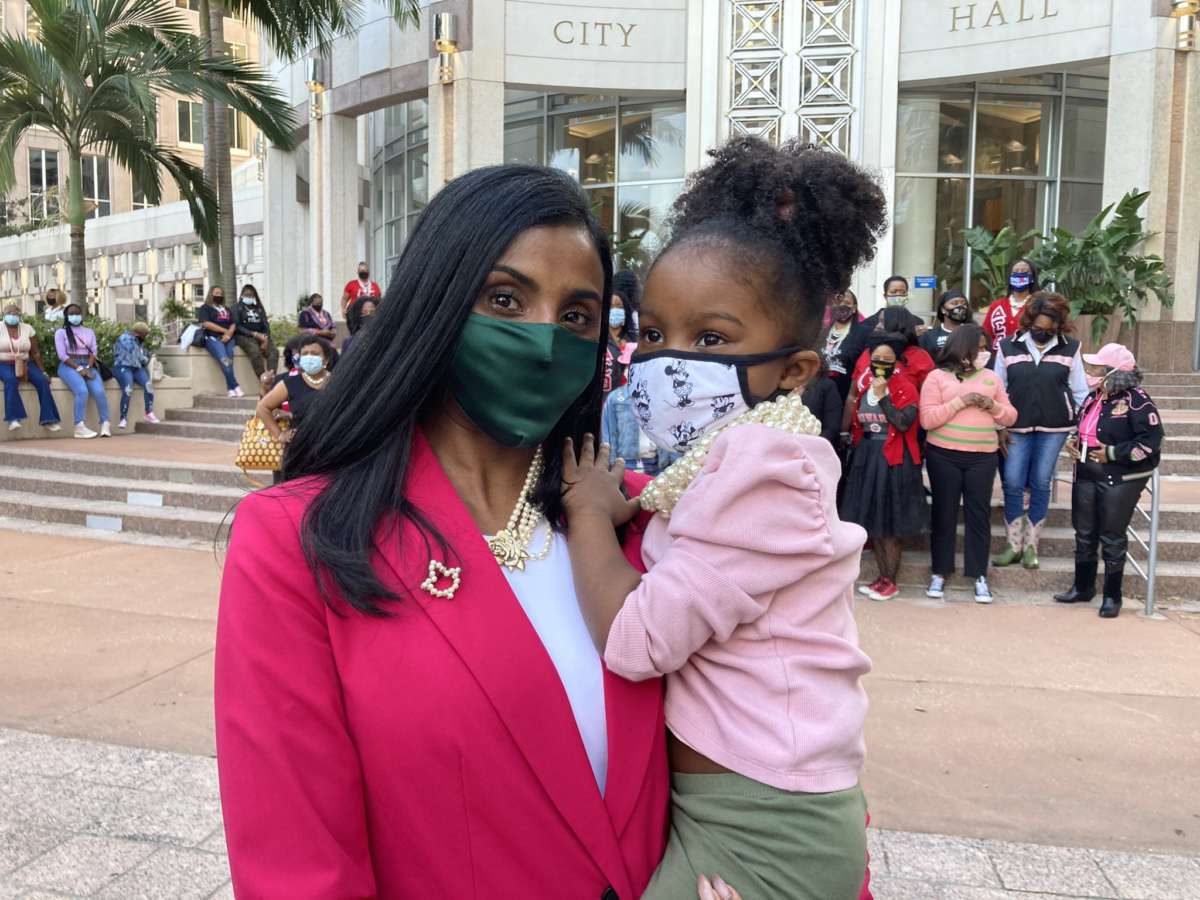 The women donned Harris’ signature white pearls and Converse sneakers and sang her sorority’s song to commemorate her inauguration.

Nadia Douglas brought her three year old daughter Haven to the event. She said it was important for her little girl to know that anything is possible.

“Well so that she can see that literally the sky is the limit. You know? It’s one thing to hear it, but to see it it’s just another level to it.”

Commissioner Regina Hill said the last four years have been hard for many of these women, between COVID-19, a pandemic and police brutality, which is why this moment was one of pure joy.

“But also today marks a day in history where men and different people told women they weren’t good enough. That they couldn’t. That they never will. Today marked the day where we finally broke the glass ceiling.”

Harris made history today when she became the first Black, first Asian-American and first woman to become Vice President of the United States.