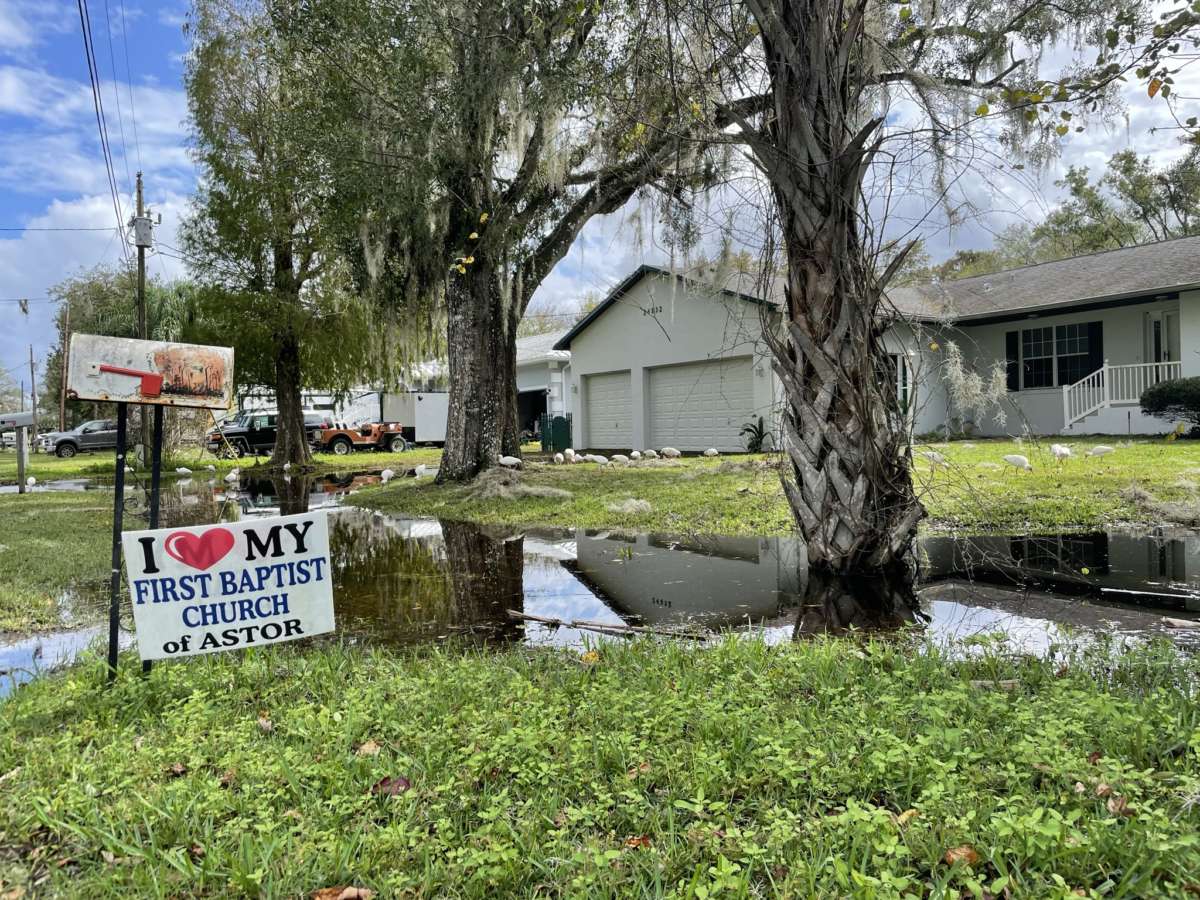 For Astor, a tiny community northwest of Orlando along the St. Johns River, Ian and Nicole represented a one-two punch. Photo by Amy Green

Some central Floridians who were flooded after Hurricane Ian are inundated all over again after Tropical Storm Nicole.

Astor is situated northwest of Orlando, on a bend of the St. Johns River between lakes George and Dexter.

“I love this river, but a lot of nasty stuff comes up with it. So you don’t walk back here without boots.”

Pamela Crenshaw has lived here since 2005.

Pamela Crenshaw hopes to rebuild her home but in the meantime will rent a house from a friend. Photo by Amy Green

FEMA deemed her manufactured home unlivable about a week ago, after Hurricane Ian pushed water beneath the house, damaging the flooring. She was packing up to move out when she heard about Tropical Storm Nicole in the forecast.

Now she is planning to rent a house from a friend. It’s a financial hardship. She’s retired, and her house was paid off.

Just as communities like Astor were beginning to dry out after Ian, Nicole has flooded many of the same spots all over again, although not as severely.

Dana Land’s home was flooded for three weeks after Ian.

“My neighbor had a manatee in his backyard eating the grass.”

Now his house is inundated again. He and his wife have lived here for 12 years. They love the river and are planning to rebuild.

The St. Johns River at Astor is forecast to remain in major flood stage into next week.