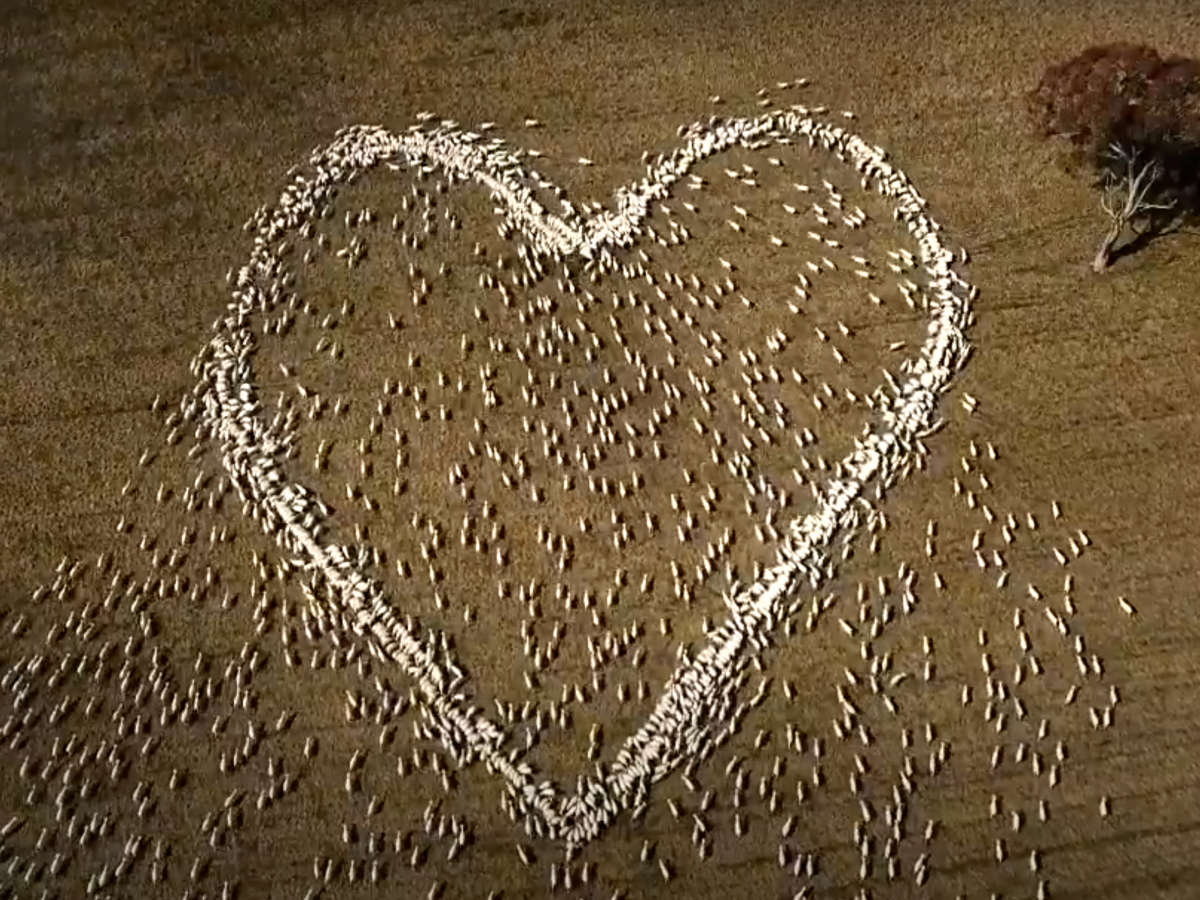 In this image taken from video, sheep form the shape of a heart in a field in Guyra, northern New South Wales, Australia, Thursday, Aug. 5, 2021.
Image credit: Ben Jackson

Coronavirus pandemic border closures in the country kept Jackson at home in Guyra in the state of New South Wales, more than 200 miles away from the funeral in Brisbane in Queensland. His aunt died after a two-year battle with cancer, reports The Guardian.

Unable to say goodbye in person, Jackson still wanted to honor her in a memorable way.

As he fed his pregnant ewes (that’s a female sheep) this week, he arranged dozens of his animals in the shape of a heart. By laying out grain by hand in his desired shape, his hungry animals set out to do the rest of the work.

From the sky, a drone captured video of the sheep as they huddled around the grain, appearing like white moving specks on the pasture.

“I just hope that when I did it, she was having a peep through the clouds and was able to see it,” Jackson told 7News in Sydney.

He calls it “sheep art,” according to ABC News, and this is not the first time he’s used his livestock for storytelling.