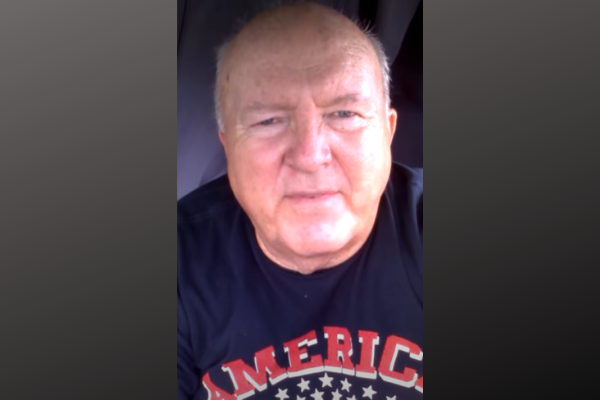 As President Trump and former Vice President Joe Biden campaign in Florida with less than a week to go before the election, third party candidates are also making their case to voters.  One of them is Illinois resident and write-in candidate Dennis Ball.

90.7’s Matthew Peddie talked with Ball about the challenge of running a third party campaign, and his number one issue: living-wage jobs.

Matthew Peddie: So what would you say is the number one issue for you as a presidential candidate?

Dennis Ball: Well, I believe living wage jobs certainly is right at the top. With respect to people being able to support themselves and their families, I believe there are just way too many minimum wage jobs. That is causing a lot of stress and anxiety in people’s lives, just to survive, let alone try to move on into a thriving economy. And I disagree with Donald Trump when he says the economy was good before COVID-19. There was still a lot of homeless, still are a lot of homeless before and after COVID-19. These issues of living wage jobs are not going to go away.

MP: How would you say you would align yourself? If your were to align with a political party, Would it be Libertarian? Would you say you’re conservative, is it Democrat? And has that been a consideration that you’ve made over the years?

MP: I’m sure you’re cognizant of the challenge of trying to get in front of voters and change hearts and minds. And also, I mean, there’s the question of money, right? Like you have to have a phenomenal amount of money to to run a campaign in a state like Florida, for example, how does that kind of make you feel, like what is your thinking on that?

DB: Well, in my opinion, the system is completely broken, completely broken. It would be of no value for me to be a major candidate like a Republican or even Democrat. Because philosophically, they would not line up, I would not line up with them. I am a family person. Okay. That said, the harm that has come to the American people, because of this government will not go away until there is a total restructuring from within.

MP: So do you think you’ll run again? I mean, if you’re not successful, this time around, do you see a Ball 2024 campaign in the works?

DB: Well, let me say this, this is a really a ministry of the heart. Talking about the financial issues. I believe you’re correct there and I have been very cognizant of this. But the kind of support we require is independent support, where there’s no strings attached to it, people donate to us, they’re not expecting us to do their agenda other than to operate correctly with the family unit. And as as it exists right now, the best thing I have going is the lottery system, and I play that once it reaches a certain quotient, and right now it is. And so my attitude is yes, we do need funds. And I have I have a very important prospectus in terms of how to get there. And also with respect to advancing this party, nationally.

MP: Dennis Ball is a candidate for the president in the United States. Dennis, thank you so much for your time.