These Women Built Careers In Retail. The Pandemic Tore Through Their Stores 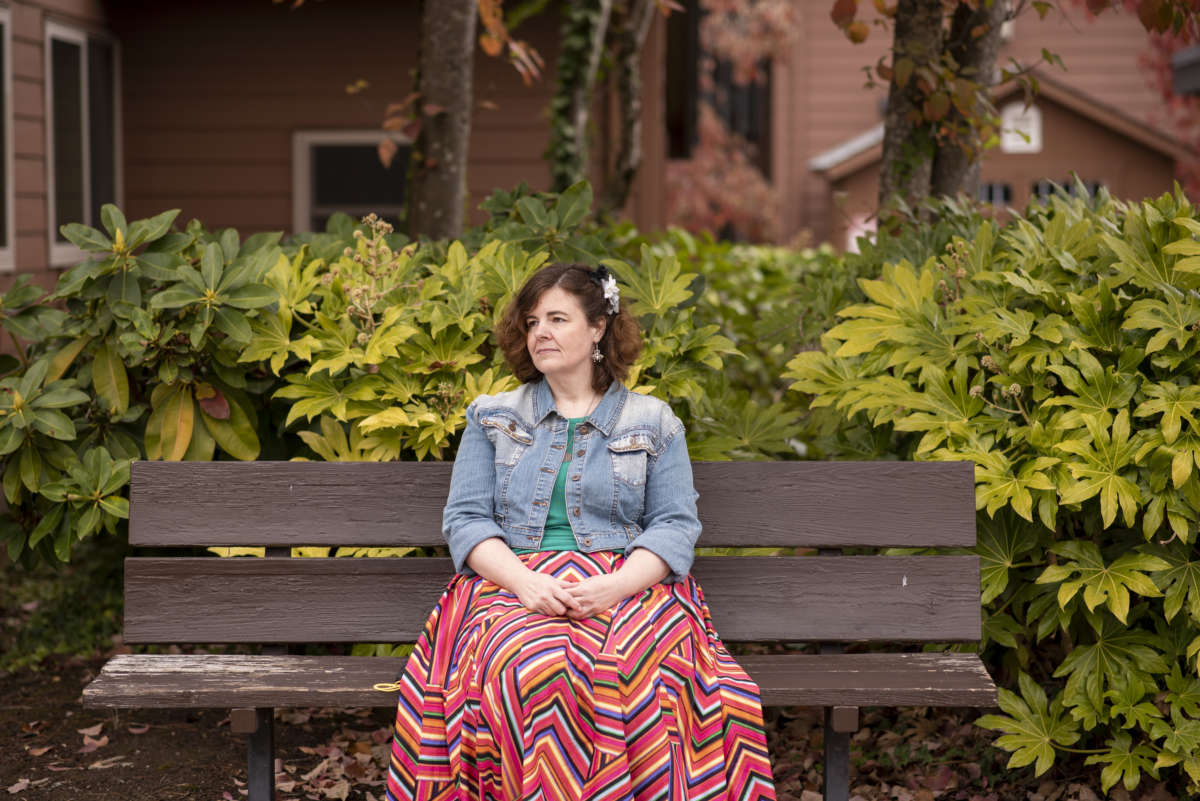 Heather Wilcox-Nicholls lost her job with Mattress Firm during the pandemic. She had been with the company for about five years and was about to take on a new store as a manager.

When Diana Newcomb looks back at a retail job she had in the 1970s, it sounds bonkers. She and other 20-somethings would sit in the office of a Rhode Island department store and tally sales stubs by hand. They would note sales in a ledger, like this: Five pairs of boys size 6 Levi’s — sold.

“I was renting a garage apartment and living off of canned vegetables and Triscuits,” she says and laughs. “You know, I thought I was being independent. I was at that point.”

Newcomb is one of millions of women who built careers stitching together work like this. Retail is the most common job in America, and women hold the majority of jobs in clothing and department stores, and gift and souvenir shops. They run cash registers everywhere. About a fifth tend to be 55 and older.

The pandemic recession tore through their stores. Thousands have shuttered. Major chains have gone bankrupt, including storied ones like Neiman Marcus, Brooks Brothers, Lord & Taylor. As other stores reopened, many workers, especially those who are older, felt afraid to put their health at risk. Almost 400,000 lost retail jobs have yet to recover. Newcomb’s is one of them.

“This is one of those times in life that you just don’t see coming,” Newcomb says. Now 67, she’s faced several personal crises on top of the pandemic, including a diagnosis of breast cancer.

Over the years, she’s worked what she calls odd jobs: in a restaurant kitchen, at a salvage shop she ran with her husband in Oregon. She got an interior design degree, but time and again came back to sales work: a furniture store, then J.C. Penney. Newcomb was in her 60s, when she and her husband separated.

Feeling lost, she did what she knew she could do well: retail. Newcomb got an apartment with her daughter, tied a nice old scarf around her neck and walked to Macy’s at a nearby outdoor mall. She got hired for the holidays and stayed — and soon got promoted to handbag specialist.

“Big ol’ fancy department stores are kind of fun, although they’ve changed,” Newcomb says. “I’ve always thought, the whole time I worked there, that they were not changing fast enough with the times.”

She had watched the industry balloon, malls sprawling across the suburbs. More real estate is devoted to retail in the U.S. than anywhere else in the world.
Then it boomeranged. Online-shopping convenience began outshining the appeal of going somewhere to browse shelves, slide hangers across racks. The pandemic clicked fast-forward and forced stores to confront their weaknesses.

Newcomb’s Macy’s closed, then furloughed its staff. Some were hired back. She was not.

Part of her was relieved she didn’t have to calculate the risk of working indoors during a pandemic, especially as someone particularly vulnerable to exposure.

Still, it was unnerving to feel suddenly cast aside and not needed. But Newcomb kept thinking: It wasn’t just her.

In Texas, Heather Wilcox-Nicholls was telling herself the exact same thing.

When the pandemic started, Wilcox-Nicholls had been with Mattress Firm for about five years and was about to manage a new store. She got paintbrushes to fix a few wall dings, a little coffee bar to set up. Then came the call for voluntary furloughs. Then stores closed. Soon, she found herself jobless.

“At first I was really ashamed. I wanted to hide,” Wilcox-Nicholls says. “Because this is my life’s work. I am a professional mattress sales person and I’m really, really good at it. ”

It had been an accidental career for her, even though it became a solid one. In her early 20s, with a new baby, but without a high-school diploma, she had wandered down the main street of her town, résumé in hand. A mattress store hired her, and that job allowed her to afford her first car and a house where “everybody got their own bedroom.”

But over time, Wilcox-Nicholls wondered whether a retail life was sustainable. She filled time between customers studying for her GED. In her 30s, she got into community college. Now 46, she’s chipping away at a bachelor’s degree in physics, hoping one day to work in a lab.

“I see retail as … you can get lucky for a time and find a decent job, but you can’t make a career in it anymore,” Wilcox-Nicholls says. “My son is 25 and I want him to have hard-skill knowledge that can never be taken away and will always demand a fair wage.”

After losing her mattress sales job, she actually found a new one, at a furniture store. But her elderly mother had an accident — a side effect of not getting in-person assistance visits during the pandemic. Wilcox-Nicholls flew out to help, missing too many workdays to get through the probationary period at the new gig.

She left the furniture store on good terms, planning to try for another job when she can. For now, she needs to figure out how to pay the rent.