These Two Moms are Disney Housekeepers and UNITE HERE members: They’re Fighting for Their Jobs and Leaving a Legacy for Their Kids 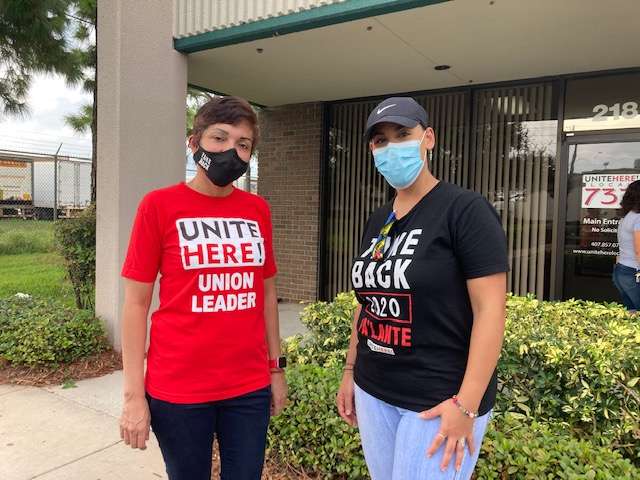 Disney World workers are responding to the news of a deal between their union and The Walt Disney Company.

More than 25,000 workers have been recalled to their jobs during Disney’s phased reopening.

Carmen Arroyo is one of them. She is a full-time housekeeper at Walt Disney World, and she came to Florida from Puerto Rico.

Arroyo says the job is both security for her family and a legacy for her two kids.

Part-time Walt Disney World housekeeper Belinda Hanzman is from Honduras. She said knowing that she will be recalled back when the company’s ready for her to work again is also a relief for her family.

“Ten years from now I want my kids to talk about what we went through and we came up on top. Because I fought for them. So that’s what is my vision.”

Many Disney workers in Orlando have been furloughed since mid-March.