There’s A Big Push For Electric Cars, With The White House Teaming Up With Automakers 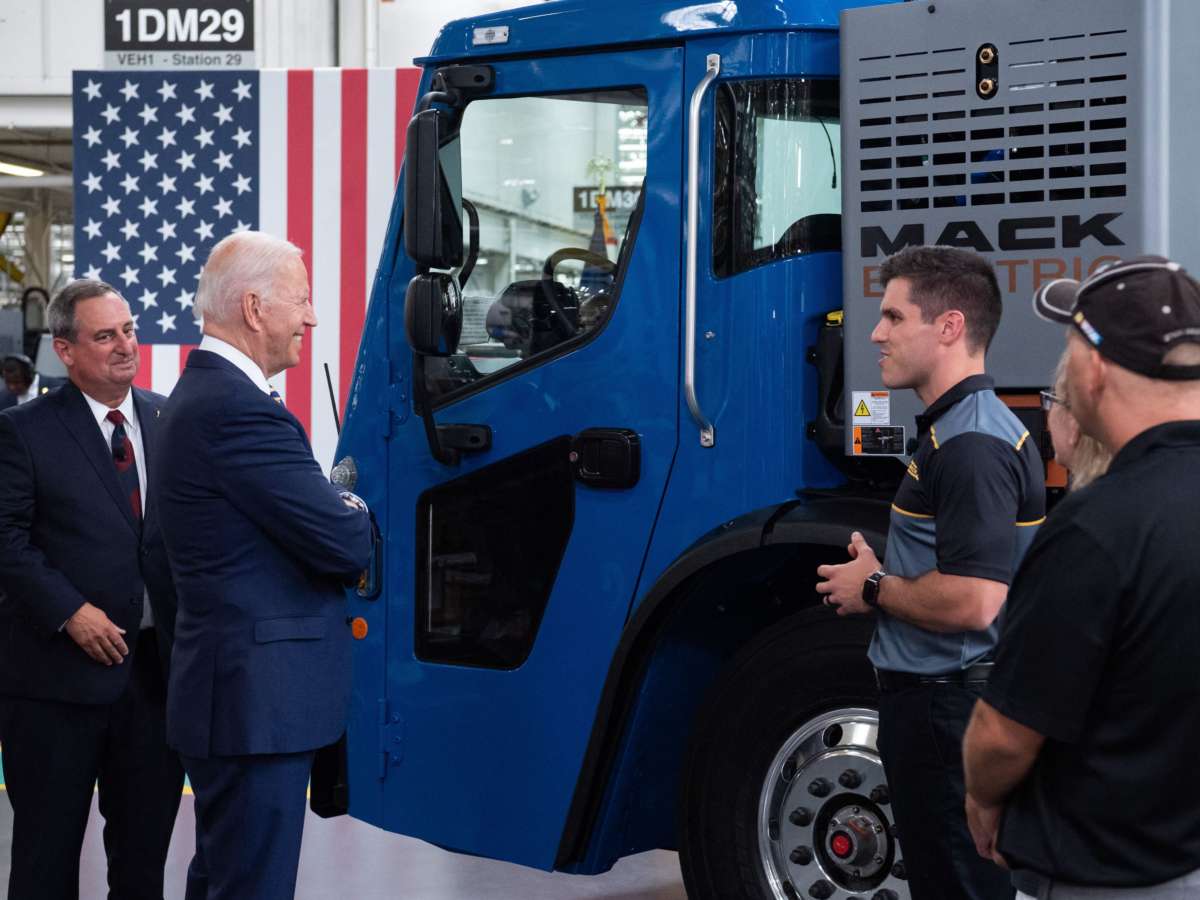 Major automakers and the Biden administration are mapping out a route toward a future where Americans drive a lot more electric vehicles.

A decade from now, electric vehicles could make up half of new vehicle sales in the U.S., according a voluntary pledge from automakers that will be unveiled Thursday at the White House.

President Biden, surrounded by union officials and carmakers, will sign an executive order setting a target that half of all new vehicles sold in 2030 be zero-emission cars, which would include plug-in hybrids.

His administration is also expected to announce new stricter emissions standards for gas cars. Transportation is the country’s largest source of greenhouse gases, and pivoting to electric vehicles is a central plank in Biden’s plan to fight climate change.

Ford, General Motors, Stellantis – which makes Jeep, Ram and Chrysler vehicles – all issued statements expressing support for the 40% to 50% target.

BMW, Honda, Volkswagen and Volvo also said they supported it.

Currently electric vehicles account for about 2% of new car sales in the United States, so a 40% to 50% target by 2030 is ambitious. But the global auto industry has recently embraced electrification. Many automakers, though not all, had already announced similar or more ambitious targets independently — for instance, Volvo plans to be entirely electric by 2030.

“These sales targets are certainly not unreasonable, and most likely achievable by 2030 given that automakers have already baked in large numbers of electric vehicles into their future product cycles,” noted Jessica Caldwell, an analyst at car data site Edmunds.

“Regardless of who has been in the White House, automotive industry leaders have seen the writing on the wall for some time now when it comes to electrification,” she added.

The United Auto Workers union expressed support for expanding U.S. electric vehicle manufacturing but noted that “the UAW focus is not on hard deadlines or percentages, but on preserving the wages and benefits that have been the heart and soul of the American middle class.”

Unions are keeping a close eye on the impact on jobs, because electric vehicles have fewer components and therefore require less workers.

The commitments from automakers are aspirational, rather than binding. That’s in contrast with the approach taken in places such as the European Union, which is currently considering a mandatory phaseout of gas-powered cars by 2035.

The White House’s choice to emphasize a nonbinding target has frustrated some environmental groups.

“Voluntary pledges by auto companies make a New Year’s weight-loss resolution look like a legally binding contract,” Dan Becker of the Center for Biological Diversity said in a statement.

However, the White House is also expected to unveil proposed rules that would set new fuel efficiency and emissions standards for vehicles. Those would be legally binding.

The new rules run “multiple thousands of pages” in length, a senior administration official said, and are based on a deal California made with some automakers that saw them voluntarily adopt 3.7% annual improvements in vehicle fuel economy and emissions standards through 2026.

“What we’re hearing across the board is a consensus about the direction which this industry is going,” the official told reporters ahead of the announcement.

Specifics about the new standards were not yet clear, with a White House fact sheet saying only that they build off the California framework and that the Environmental Protection Agency and the U.S. Department of Transportation will announce how they’re addressing the Trump administration’s “harmful” rollbacks.

Biden will also sign an executive order Thursday that the White House said will set a schedule for standards for future vehicle model years.

Biden has previously said he has a goal of making the U.S. carbon neutral by 2050 — which would require most cars to run on new technologies, such as batteries, instead of gas.

The executive order will also set a target of zero-emission vehicles representing half of all new vehicles sold in 2030. This category includes battery-electric, plug-in hybrid electric and fuel cell electric vehicles.

Biden will be joined at a White House event by officials from the UAW as well as executives from Ford, General Motors and Stellantis.

The infrastructure deal Biden struck with a bipartisan group of senators would spend billions of dollars on electric vehicles, though it’s a far lower amount than his original jobs and infrastructure package. Democrats are looking to include additional climate measures in a package they plan to pass along party lines.

Former President Donald Trump loosened fuel economy and emissions standards and started a legal battle with California over the rules.

Those moves created enormous uncertainty about the future of vehicle emissions standards, and the risk of two different standards (one for California and more than a dozen states that follow its rules, and another for the rest of the country).

The auto industry split over the issue, with some carmakers striking a deal with California to maintain stricter emissions standards, while others supported Trump.

Since Biden’s election, the automakers who backed the Trump administration have dropped their support for his looser standards and endorsed the idea of setting a somewhat higher bar for fuel economy — one that’s uniform across the country.