‘There Are 17 Families Who Are Waiting For This To Get Going.’ More Debate Over Delays In Confessed Parkland Shooter’s Case 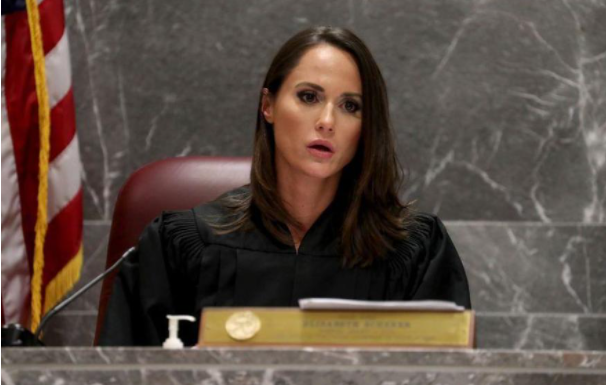 The defendant’s team of public defenders has mental health experts from around the country scheduled throughout the summer to fly in and evaluate him through the end of August. The State wants a speedier timeline.

Zoom court was back in session for the 2018 case of The State of Florida versus the confessed Parkland shooter. His last hearing was in April, where presiding Broward County Judge Elizabeth Scherer announced she wants to see the trial begin in September.

In fact, the topic of a September start for the trial did not come up again in discussions Tuesday.

Visits by mental health experts to evaluate the defendant were the focus of the state and the public defenders’ timelines.

Mental health experts are scheduled to go into the Broward County jail to meet with and test the defendant throughout the summer, flying in from all over the country.

The last expert is scheduled to meet with the confessed shooter — at the end of August.

The state argues this timeline is too slow.

Melisa McNeill is one of the public defenders. She told Scherer the mental health expert visits are taking a while for several reasons, including that they were affected by the pandemic and the experts’ individual schedules.

“COVID has put us all for a spin, judge. But as soon as we were able to get our experts in there, we did. It’s not a delay tactic. It’s how it’s all played out,” McNeill said. “Not everybody in the world’s life is controlled by Nikolas Cruz.”

“I don’t think we need to go there,” Scherer said.

“It’s hard to give you a deadline when we don’t have any information,” Satz said. “We have to get their raw data, their test scores, any reports, their notes. So it’s hard if they’re going to send them in in August, you know, it’s going to take us time to prepare.“

“There are 17 families who are waiting for this to get going,” Satz said.

Scherer said she is considering whether or not to order a deadline before the end of August for the defense’s mental health experts. According to attorneys at Tuesday’s hearing, Cruz is the only defendant in the 17th judicial circuit that experts are being allowed to visit and the exception to start allowing them began in April.

Cruz’s defense team objected earlier this month to the state wanting to admit evidence into the case that has hand-etched swastikas on it — including the firearm magazine in the AR-15 left on the scene from Feb. 14, 2018.

The state argued that hand-drawn swastika symbols are relevant to proving identity of the shooter in this case.

The two sides will try to decide amongst themselves and, if they can’t ,the motion about admitting that evidence or not will come back in front of the judge at the next hearing, which is scheduled for June 30.