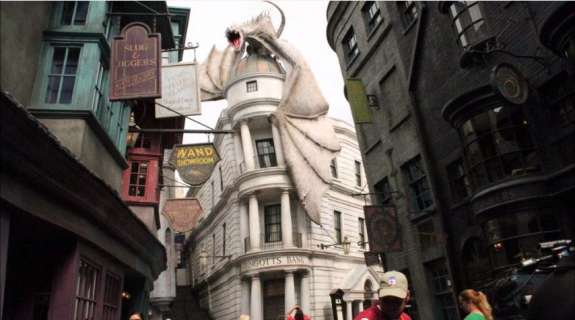 Theme park attendance in Orlando is climbing – but not at Sea World. A new report from the Themed Entertainment Association puts Disney’s Magic Kingdom at the top of the list.

Universal Studios in Orlando also recorded a 17% surge in visitors, with more than 8.2 million people through the turnstiles.

Brian Sands is with AECOM, a consulting firm that helped write the report,  and he says the bump in attendance comes back to Universal’s new Harry Potter themed attractions.

Sands says in spite of the growth, there are challenges to the industry.

Middle class incomes have stagnated, and that raises questions about the sustainability of theme park ticket price increases.

Not all Orlando parks fared so well- SeaWorld recorded an 8% dip in visitor numbers in 2014.