Their Only Option: Free Clinics Provide Care For Uninsured 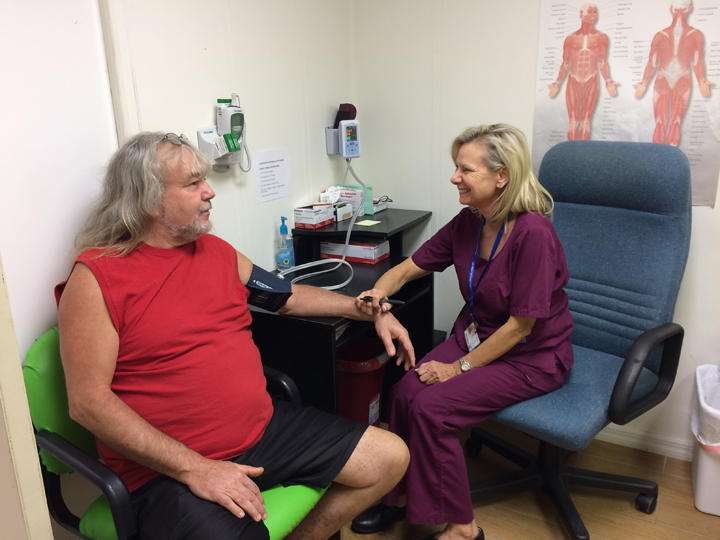 A mild stroke sent St. Petersburg resident Lori Ngo to the hospital in May.

She was feeling a pain in her leg, but didn’t think much of it.

“And I walked into Sam’s Club and the whole side of my face went numb,” Ngo said. “So I went home and called my mummy and she said get to the hospital.”

Ngo didn’t have insurance, but she knew about the St. Petersburg Free Clinic. That’s where she headed after the hospital.

During a visit last month, Ngo sat in an exam room at the clinic, which looks like a typical doctor’s office. Dr. Frederic Guerrier scanned her chart.

“EKG was normal, your hemoglobin … Ahh, do you smoke?” Guerrier asked.

Ngo is quick to respond: “Yea. I almost quit though. We’re down to maybe four or five cigarettes a day.”

This sounds like any other doctor/patient exchange but there’s one difference — Dr. Guerrier is a volunteer. He’s one of several who work for free to keep the clinic operating on a budget of less than $900,000 a year.

Many Floridians have jobs but can’t afford health insurance. For those patients, the more than 100 free and charitable clinics in Florida are their only option for health care.

“Everybody that comes through here, we’re basically a way station,” said Dr. Ajoy Kumar, the St. Petersburg clinic’s medical director. “If you can get someplace, get the job, get the insurance, take care of your health — good for you. That’s all we want.”

Ngo says she signed up for the Affordable Care Act years ago but had to drop it after she lost her job and couldn’t afford to pay the premiums.

“It was either you eat food or you pay health insurance, you know, and it was like, what’s it gonna be?” Ngo said. “I have three kids and a husband — we’re gonna eat.”

The charitable clinics don’t turn people away, but patients have to meet requirements to get regular care. First, they must be between 18 and 65 years old and have no health insurance.

Many clinics also require patients to prove how much money they make. Those who make too little are usually eligible for county-level health insurance.

Steve Peters found a free clinic in Brandon called The Outreach when he was going through a rough patch.

Peters lost his health insurance when his flower business started going under about eight years ago.

“My business started going bad, I had to drop myself from the insurance,” Peters said. “I was paying my employees, but I couldn’t do it.”

He sunk every penny he had into paying off the business’ debts and then went through a divorce.

Peters had been working seven days a week for years and his health was deteriorating. Then a blood clot in his leg landed him in the emergency room last year. He needed regular blood checks but couldn’t pay for them.

“I ended up back at the hospital sick, really sicker this time, and close to death,” he said.

A woman from The Outreach Clinic visited him in the hospital. She told him it didn’t matter if he had no money — the clinic would take care of him.

He’s much healthier now and working again. Next year, he’ll turn 65, Medicare will kick in and he won’t need the clinic anymore.

Dr. Kumar from the St. Petersburg clinic says many of the patients he treats have similar stories.

“You will see this is real America here,” Kumar said. “This is what people who aren’t lawmakers or people who are really wealthy – I always say those two types of folks can get access to a physician all the time. It’s the rest of America who isn’t a lawmaker, who isn’t fabulously wealthy, or even wealthy, who have struggles.”

And that’s what motivates Kumar and others to keep these clinics going.

This story and the series “Their Only Option” is produced as a project for the University of Southern California Center For Health Journalism’s National Fellowship.