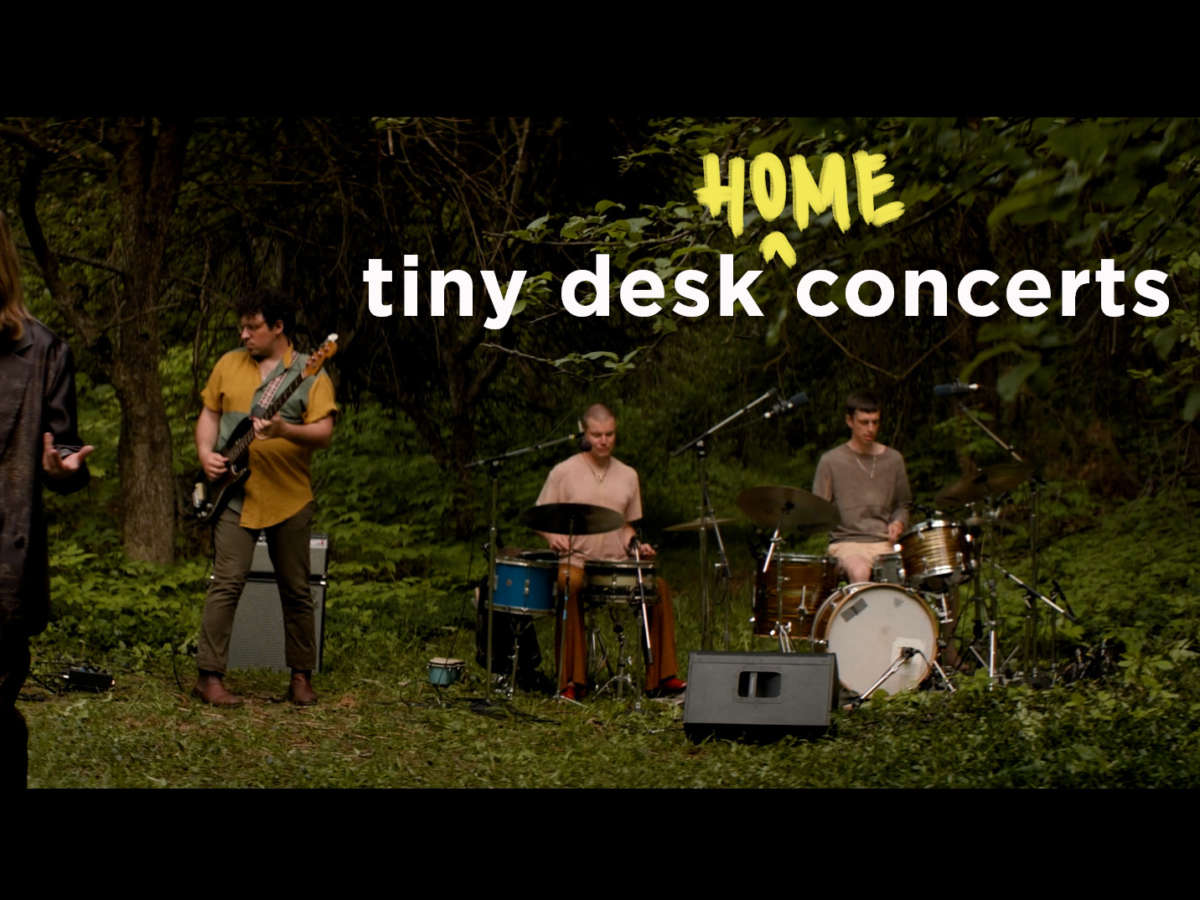 There’s a desk and a band playing songs filled with nature’s imagery somewhere in the woods of Mulmur in Southern Ontario, Canada. It’s the perfect setting for The Weather Station. Outdoor locations are familiar to anyone who’s seen recent videos for “Robber,” “Parking Lot,” “Tried to Tell You” and “Atlantic,” all songs from the band’s fourth album, Ignorance, and all songs performed here for its Tiny Desk (home) concert. Songwriter and singer Tamara Lindeman told NPR Music’s Marissa Lorusso of her deep feelings on the climate crisis: “I just basically fell down the rabbit hole that happens to you when you take in the full reality of what it means, and what two degrees [of warming] means and how far over the cliff we already are.” And so the songs for this Tiny Desk (home) concert are filled with imagery of nature and our relationship with our planet.

With images of a blood-red sunset in the song “Atlantic” and the lines “Thinking I should get all this dying off of my mind / I should really know better than to read the headlines / Does it matter if I see it? / No, really, can I not just cover my eyes?,” Tamara writes about her passion for the earth and its future, but the tunes are calming and thoughtful, not doctrines or lectures. This big band with two drummers, two guitars, keyboards and a sax seems at home in the great outdoors. I, however, look forward to seeing them in a club again when their tour begins in September.