The visa hurdle: Why conference applicants from the global south can’t always clear it 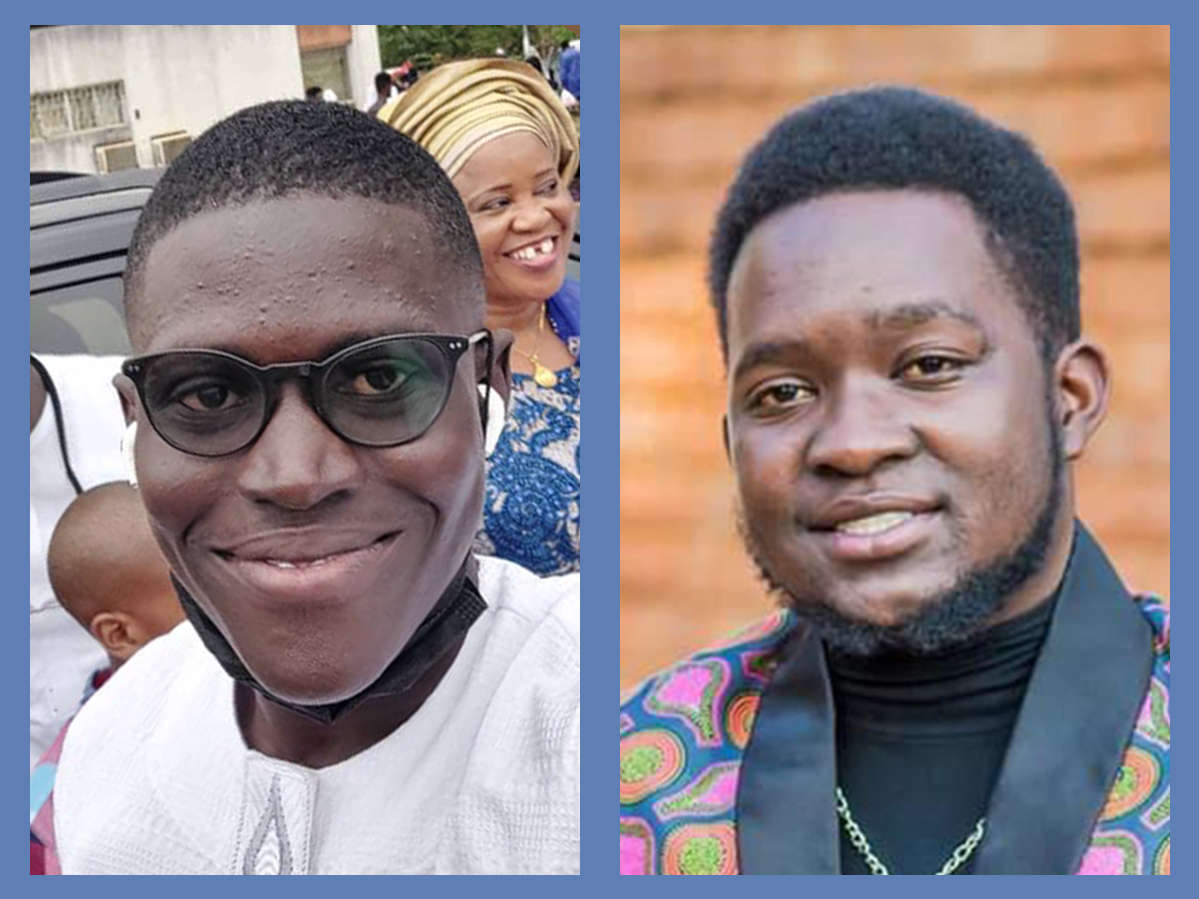 Tanaka Chirombo was afraid he wouldn’t make it to the 24th International AIDS Conference taking place in Montreal later this month.

Chirombo lives in Malawi, and his life work revolves around HIV. His interest in the virus began with his father, who delighted him with made-up stories as a boy. His dad contracted HIV but delayed seeking medical help because of the stigma of the disease and the cost of treatment. It progressed into AIDS, and he passed away when Chirombo was 4 years old.

As Chirombo grew up, he witnessed others in his community die of complications stemming from AIDS. When he was a teenager, he volunteered at a clinic, where he mentored a 10-year-old girl with HIV. He helped her secure treatment, but it came too late and she too passed away.

It’s these issues — of battling stigma and getting people the care and information they need — that are at the heart of Chirombo’s HIV advocacy today. As the board chair of the Global Network of Young People Living with HIV, he works to help young women who are HIV positive by reducing discrimination and improving access to HIV services.

So when this year’s International AIDS Conference was announced, he knew he wanted to be there. “I would love to meet stakeholders in Montreal to be able to get funding to expand our projects,” Chirombo says. In fact, he’s serving as the meeting’s youth representative and is on the organizing committee as a co-chair for the Global Village and Youth Programme Working Group.

But to go to Montreal, he needs a visa. For someone from a low-income country like Malawi, getting permission to travel abroad can be an expensive obstacle course. It ran Chirombo about $1,100. “I spent money for the online application,” he explains, “and then had to book a return flight ticket to South Africa to do the biometrics,” referring to fingerprinting. He sent a copy of his passport and a letter describing the international conferences he’d attended before.

Within two weeks, the answer from the Canadian government arrived. Chirombo’s visa application was denied. “The main issue was me coming back from Canada,” he says. “They thought I was going to stay in Canada.”

The letter he received stated, “I am not satisfied that you will leave Canada at the end of your stay as a temporary resident … based on your personal assets and financial status … the purpose of your visit … [and] your current employment situation.” None of it made sense to him.

“I don’t think I would ever live abroad because I want to be able to change the landscape in my country — the country I love the most,” Chirombo says. “That’s the whole reason I’m doing this sort of work.”

The rejection was really hard on him.

“When I read that letter, I was sad first thing,” he recalls. “I went online, I thought I could write a post to bring out my anger. But then I deleted it. I was like, ‘No, that’s irrational for me to do something like that.’ But basically, I just slept. It was the easiest way to get over the pain of being rejected.”

Since that initial denial, Chirombo submitted a revised visa application. He attached additional bank statements, his return ticket and letters of support “to be able to show my commitment that I’m still going to go back home.”

A couple weeks later, Chirombo heard that his visa had been granted — and just in time since the International AIDS Conference begins on July 29.

Chirombo’s experience isn’t unique. Kareem Samsudeen Adebola is the deputy national coordinator for the Association of Positive Youth in Lagos, Nigeria, where he works to reduce stigma and provide access to public health services to young people living with HIV. He too lost his father to AIDS-related complications when he was a boy. Adebola has HIV as well and has been on antiretroviral therapy for close to 20 years. He does his advocacy work today in his father’s memory. “I have to fulfill his dreams that AIDS could not allow him to fulfill,” he says.

Like Chirombo, Adebola wants to attend the International AIDS conference in Montreal to connect with scientists in the field and network with global experts. But within a week of submitting his visa application to Canada, it was denied for the same reason as Chirombo’s initial rejection.

Adebola says when he takes note of everyone who’s been rejected, the feeling can be boiled down to a single word — “inequality.” Adebola says that “it saddens my heart when I think about people from countries who can’t attend.” Fortunately, his second visa application was accepted.

Not every visa applicant is as lucky as Chirombo and Adebola. Researchers, scientists and medical professionals from the global south (which encompasses low- and middle-income countries) are among those who simply can’t attend professional meetings abroad because their visas arrive too late or not at all. It’s a problem that many from high-income countries never even think about.

Dr. Ulrick Sidney Kanmounye of Cameroon — currently a research fellow at Geisinger Health System specializing in cerebrovascular neurosurgery — detailed his inability to receive a Schengen visa to travel to Europe and attend the World Health Assembly (the annual meeting of the World Health Organization in 2019 while living in Cameroon. “The truth is that I lost more than just money,” recounts Kanmounye. “I lost faith in those that organize these events in high income countries.”

Dr. Mohamed Bella Jalloh, recalls how in 2018, as a recent medical school graduate, he traveled from Sierra Leone to Côte d’Ivoire to apply for a Belgian visa to attend the InciSioN Global Surgery Symposium. Jalloh was denied for “no definite reason.” He says, “They just sent back my passport without any further explanation.”

In January 2019, Dr. Dian Blandina (currently with the organization People’s Health Movement) received her EU residency card. Two years earlier, when she had only her Indonesian citizenship, she was invited to speak at the International Association of Health Policy meeting in Thessaloniki, Greece. Although her visa was approved, the process was costly and took a month and a half. Blandina nearly missed the conference.

After that, she stopped trying to attend international meetings. “It’s just not worth the trouble for attending just one event,” Blandina says, “especially if I’m not [an] organizer or a presenter. Almost all my colleagues back home feel the same.”

Then there’s Dr. Mehr Muhammad Adeel Riaz. Earlier this year, working as a junior doctor at the Allied Hospital in Faisalabad, Pakistan, he was invited to attend the 75th World Health Assembly in Geneva, Switzerland. “Having the chance to attend and advocate on behalf of my community at this high level [meeting] was a dream come true,” he emailed NPR. He received a scholarship to cover his visa fees, roundtrip airfare, accommodations and food.

But his request for a visa was rejected. According to the Swiss Embassy: “the information submitted regarding the justification for the purpose and conditions of the intended stay was not reliable.” It made Riaz feel as if having a passport from Pakistan was a failing on his part, and he regrets missing the opportunity to meet global health professionals “to increase the visibility of my work as a young global health advocate,” he says.

These types of experiences are discouraging. Dr. Ankit Raj, a junior resident at Sawai Man Singh Medical College in Jaipur, India, says the interview process for a visa feels designed to intimidate. “The questions are highly specific, detailed and often beyond the scope of purpose of visit,” he explains. “The entire process often feels like a criminal interrogation and the applicant ends up feeling guilt ridden toward the end of the interview.”

As for the upcoming International AIDS Conference, organizers are working with the Canadian authorities to clarify what’s needed to avoid visa rejections for global south applicants. And they’re offering scholarships and fee waivers to make it cheaper to attend. If attendees can’t come in person, they can log into the proceedings virtually.

But Madhukar Pai, an epidemiologist at McGill University, says virtual participation is far from ideal. “What happens to all of the side room discussions, the coffee, the chat at the bar at night?,” he asks. “How do you network, make deals, get opportunities, all of those intangible benefits of in-person meetings?”

“The fact that we left behind people without even the first shot worries me a lot because they will always struggle to go anywhere,” Pai says. In his view, the impact on global health gatherings is profound. “People from the global south might be relegated to a secondary status,” he says. If we’re not careful, he adds that “we will dramatically worsen the inequities already in global health.”

The problem isn’t new, explains Adnan Hyder, vice-chair of the Board of Health Systems Global, a group that promotes health policy. “The historical tendency was always the high-income countries were able to put forth resources to attract those meetings,” he says.

The locations of these gatherings matter. When Kanmounye and a research team from Harvard University’s Program in Global Surgery and Social Change looked at publicly available data, they found that conferences hosted in low- and middle-income countries were more likely to have diverse participants. In addition, “hosting a conference in Latin America, Africa or Asia significantly increased participation of researchers from the region and minimally impacted high-income country attendance,” he says. NPR reached out for confirmation to a few organizations that host global health meetings, but they all replied that they don’t track how many people from low- and middle-income countries are denied visas to attend their conferences.

“Frankly speaking, the decision-making around where to host those meetings was not as sensitive to the concerns that we are talking about today,” says Hyder. “But I think over the past decade or so that has improved. We have a long ways to go, but I think the intention is there for equity.”

He cites the biannual symposium that his organization hosts. In 2018, it was held in Liverpool, and the World Health Organization voiced concerns over colleagues having their visas denied. This fall, it will take place in Bogotá , Colombia.

But if the locations of meetings like these remain largely unchanged, some worry about the voices that won’t be heard. The people whose visas are denied are often from the very countries where many global health concerns are most acute.

“Unless you are fully immersed and living and breathing in a country for years, you will not [know] what lies below, which is so much deeper, more complex,” says Michelle Joseph, an orthopedic surgeon and an instructor in Global Health and Social Medicine at the Harvard Medical School. “You may have theoretical knowledge, you don’t have lived experience. And lived experience takes years and that’s only afforded to those who live and reside and work in that space. And those are the voices that require amplification.”

Voices like Tanaka Chirombo from Malawi. At this point, all that’s left is for his Canadian visa to be printed out, pasted into his passport and returned to him. He leaves for Montreal in less than two weeks.