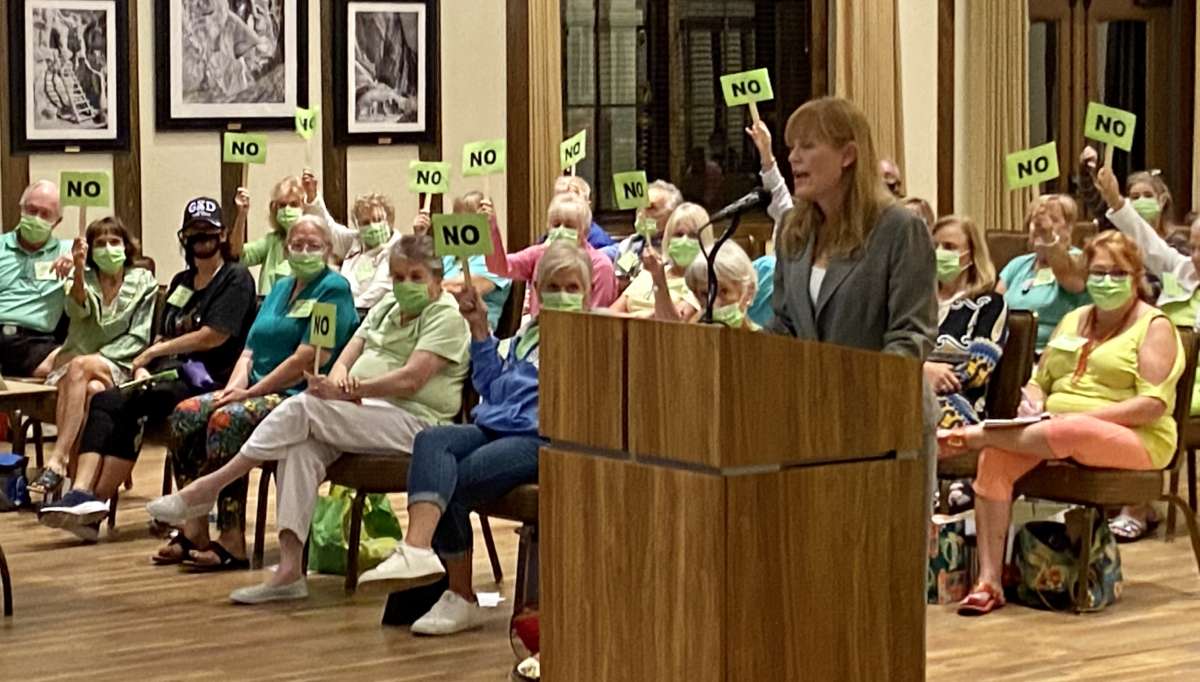 The Villages won approval from Sumter County Tuesday night to build an apartment building near homes on the site of the old Hacienda Hills Country Club.

But they lost something, too — the trust of residents in the area.

Nearby homeowners say they feel betrayed by The Villages. First, the developer demolished the country club — so important to the lifestyle they were promised.

Then there’s the issue of amenities for 286 apartments.

Homeowners pay a fee for recreation throughout The Villages. These perks are a big selling point. And the apartment dwellers will get them, but only because a committee approved them under threat that, otherwise, a parking garage or big box store could be built there.

That wasn’t true. The development plan doesn’t allow it.

Patsy Oburn — one of many to speak against the apartments — told the County Commission that’s why residents don’t trust The Villages.